We have had some beautiful cloud formations lately. Even though it was flat mid-day light, I still thought these clouds were worth photographing. These high wispy formations are known as cirrus clouds. 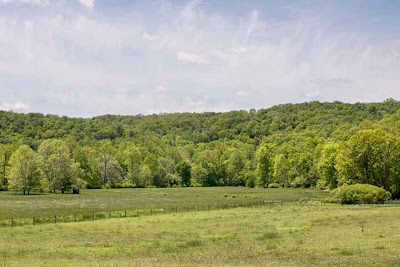 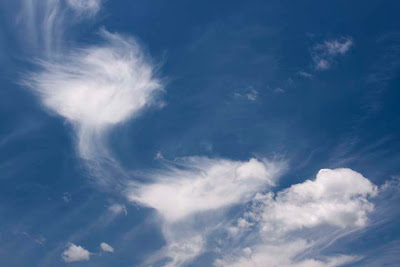 Deemom recently awarded me a "You Make My Day Award" and I appreciate it so much!

Try as I might, I cannot bring myself to select five other persons to pass the award on to for the simple reason that each of the blogs that I visit makes my day--some with humor, some with a discussion of issues, some with their love of sharing the events of their daily life, some with superb photography and many with a combination of some or all of these factors along with a desire to impart information on subjects near and dear to their heart.

What stands out most to me as I visit other blogs is how many persons are able to find a great deal of satisfaction in observing and photographing the wildlife (scenics, pets, trips, etc.) they see on a daily basis and then sharing it with others.

I know this isn't following rules, but I must say to all of you whose blogs that I visit or to those that faithfully visit mine,"You Make My Day"!

Goals
This was originally conceived as an issue driven blog with an emphasis on "Big Game" photography and filming. Some view it as an anti-hunting blog. In reality it is neither anti-hunting nor pro-hunting. Those are issues for others pursue, but I do like to view it as challenging persons to take a step back so as to speak and actually stop and take a close look at the wildlife that surrounds us and view it as not just something to harvest, but rather something to enjoy by seeing and appreciating it as well. For the record, I was once an avid hunter, but after spending hours afield observing and recording wildlife I lost interest in hunting as the observation and photography were much more rewarding to me. If one hunts, I feel they should hunt legally and ETHICALLY, bearing in mind that legal and ETHICAL are not always one and the same!

My opposition to Pennsylvania's Elk hunt stems from the fact that we are directing hunting pressure near to the major tourist areas and not away from them as was originally stated when the idea was first floated. We are hunting animals in areas where they are acclimated to humans and calling it a "challenging hunt". (Making these animals wild by harassing them is not the answer either -but so much for that for now).

This stance is not anti-hunting as some have said, but rather opposition to certain policies and how they are implemented. 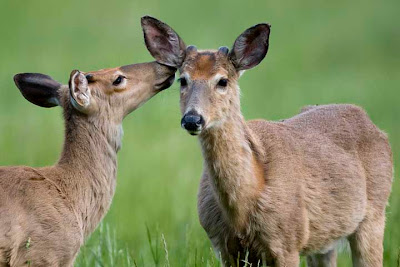 Serious antler growth begins in Mid-May in our area. The buck on the left is a yearling and should grow antlers ranging from short spikes to a modest six or seven-point rack with an 8"-12" inside spread. The buck on the right appears to be two years old and has the potential to grow a larger rack in terms of spread (10"-14"), but is unlikely to grow more than eight points. 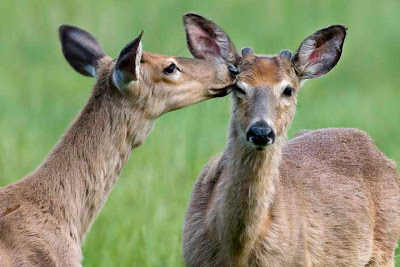 I have never photographed or videotaped a buck of over four-points in May, in Fulton County Pennsylvania as deer here are smaller than those in many other areas. I have videotaped much larger bucks in Shenandoah National Park in Virginia in this time frame. 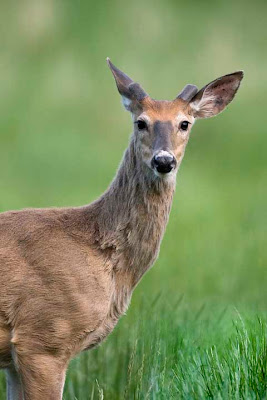 The last buck is at least two years old and possibly three. He has the potential to grow a rack of eight points or more with a spread of 12"-16".
Posted by Willard at 11:38 AM 7 comments