I have taken so many turkey photographs this spring that it was time for a break. Thursday evening was mild with beautiful sunlight, so I set the 500mmF4 with 1.4 extender on the tripod overlooking my bird feeding area. I was soon rewarded with numerous photographic opportunities.

A Rose-breasted Grosbeak was somewhat shy, but eventfully moved within range. I would have liked the bird to be closer as I had to crop the image severely to get a tight composition. 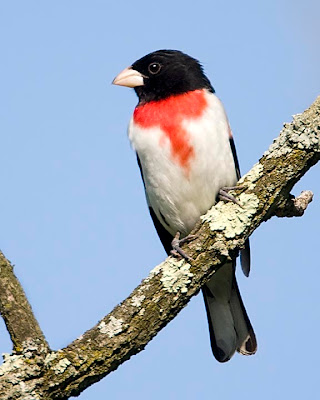 I see doves quite frequently, but they are usually too far away or conditions are otherwise unsuitable for good photography, but this changed this evening, when several arrived at the feeding station and co-operated by posing quite nicely. 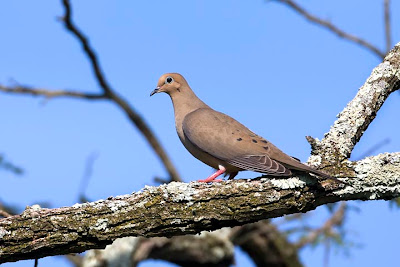 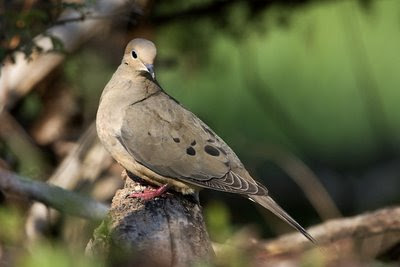 For more Camera Critters photographs, click Here!
Posted by Willard at 10:37 AM 22 comments

As a result of an extended rainy period, the stream that I ordinarily cross each day to photograph wildlife is now a raging torrent. This is the same stream crossing featured in the post of April 30th and is a slightly wider shot. The place where the vehicle was stuck is just slightly above the right center of the photograph. 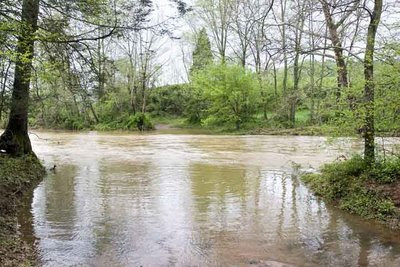 Each spring about this time we usually have a rainy period that raises water levels for an extender time. So far the stream has not actually reached flood stage, but severe thunderstorms are forecast and if torrential downpours occur, the stage is set for significant flooding. 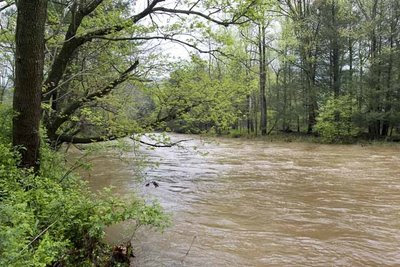 While driving along the same stream in a slightly different location, I spied two Canadian Geese with a flock of young. 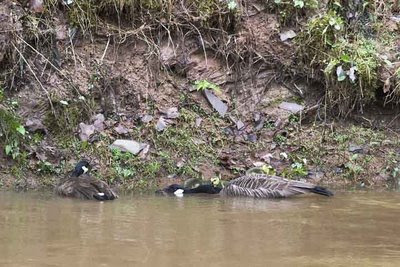 The adult birds attempted to escape notice by lowering their heads close to the water and the ground, while the young huddled behind them. 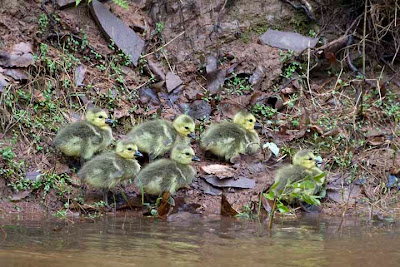 In time, they realized I was no threat and began moving about. These are resident geese. Until about 1990, I never saw a goose on the ground in this area. The only sightings were when they flew overhead during the spring and fall migrations. In the spring of 1991 a pair arrived at our farm and spent the spring there. Fulton County now has a large population of birds, which remain year around, but they do not spend the winter months on our farm, as there is a much better food source in another portion of the county. The birds have returned to the farm each year since at nesting time. There are usually five or six there, but it may reach as high as thirty by late May. 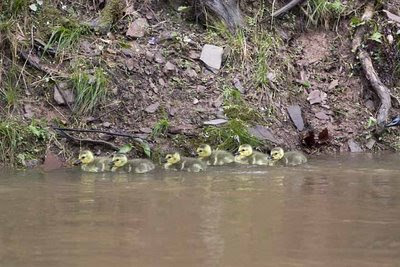 I have seen other flocks of young geese this spring, but this was the best encounter so far. It is always a pleasure to observe and photograph the new arrivals. Soon it will be time for the fawns to be born, which is an exciting time for the wildlife photographer that focuses on whitetail deer.
Posted by Willard at 10:32 AM 11 comments