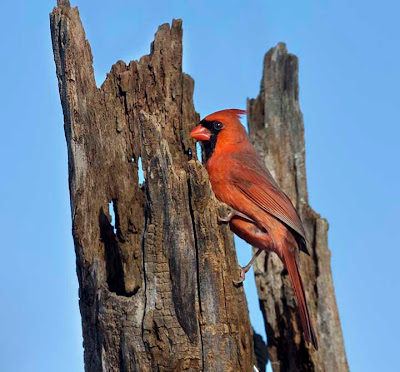 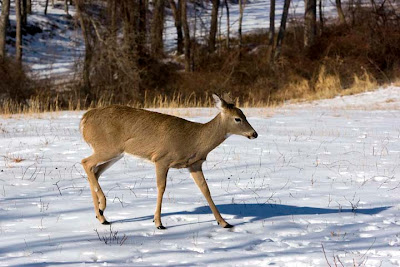 In the last post, we found the ground covered with a layer of snow, with a very hard crust that made walking extremely difficult for wildlife. Here, an adult whitetail doe gingerly walks across the glassy surface. The tracks in the snow were made when it was soft, but later there was a heavy rainstorm, which created the treacherous conditions when the temperatures plummeted below freezing.

For a time living conditions were difficult for wildlife, but we were fortunate enough to have a few days with temperatures in the 40s F, and the snow and ice melted through to the bare ground in certain spots.

The first areas to melt are usually ones shielded from the wind and facing to the southwest. These are the areas that receive the longest period of sunlight during the day. 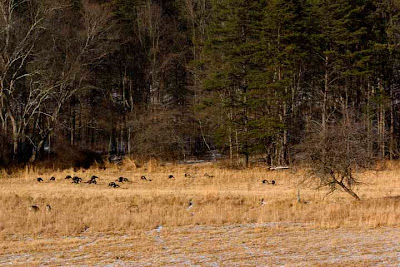 Eastern Wild Turkey And Deer Feeding Where The Snow Has Melted

Once the underlying grass or leaves is exposed, life becomes much easier for wildlife and they often spend much of the day feeding and resting in these areas.


The squirrels are still coming to the bird feeding station. This is the best photograph of one that I have been able to get so far this winter. 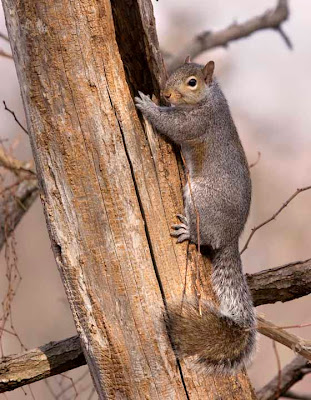 Close Encounter With A Grey Squirrel

Stay tuned for more winter wildlife photos and a detailed account of the road hunting incident, which was discussed in the post of Dec. 13, 2008.
Posted by Willard at 10:39 AM 11 comments