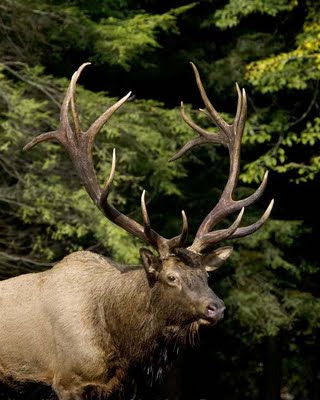 9x8 That Was Killed On First Day
It has been confirmed that the 9x8 that frequented the Gilbert Viewing Area this fall was killed on the first morning of the Pennsylvania Elk Season. According to outdoor writer Carol Mulvihill writing in The Endeavor News, the animals was killed by Gary Kolenski of Schwenksville, who was guided by Eric McCarthy of Elk County Outfitters.

Jeff Thomas of Glen Rock, also confirms the killing of the 9x8, and reports that a large 10x12 was taken near Grant. He saw this animal on the scales at the check station on Thursday November 5th.

On a positive note, we wish to extend hearty congratulations to Ronald J. "Buckwheat" Saffer for having one of his photos selected for the front Cover of the November-December Issue of "Bugle Magazine", the official publication of The Rocky Mountain Elk Foundation. The issue features a stunning close-up photo of "The Spring Run Bull", an impressive animal that was later taken in the 2008 hunt. 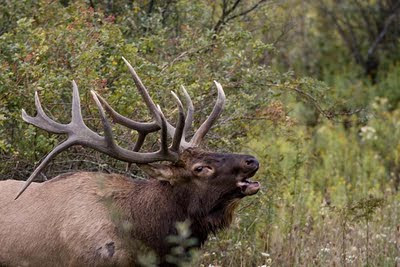 
(Note: This shot is not nearly as dramatic as the one taken by Mr. Saffer, but is of the same bull. Buckwheat is known to mutter "Front Cover Shot" under his breath, as he depresses the shutter release on a bull in the right position and lighting).
Mr. Saffer, Pennsylvania's leading elk photographer, is known for his dedication to both the preservation of the Pennsylvania Elk herd and the pursuit of excellence in the field of wildlife photography. Mr Saffer is widely published. One of his photos, a superb portrait of the famous character bull, Fred Jr. is featured on the jacket of the 2 Hr.-42min. documentary film, "The Truth About Pennsylvania's Elk Herd".

Also, I was fortunate to have two photos published in the same issue. "They appeared as part of an article "Elvis Has Left The Building" by Scott McMillion, which deals with the life and death of a Yellowstone National Park Character Bull, Bull #6, which was famous for chasing tourists and damaging vehicles around park headquarters in Mammoth Hot Springs. I photographed him there during late August of 2008. 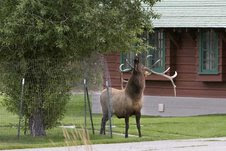 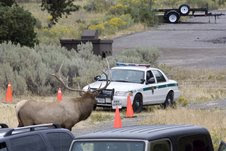 Bull#6-Ranger's Vehicle: W.Hill
He died in a freak accident in Gardiner, Montana in February, 2009. In many ways he was like our character bull Fred, in that he spent the winter living in the town. There the similarity ended as Bull #6 became a "holy terror" during the rut, but Fred Jr. has remained a " gentle giant" insofar as his relation with humans has been concerned, although during his prime he was certainly not found wanting in his response to challenges from other bulls.
Posted by Willard at 7:15 PM 3 comments

A Morning At Shenandoah National Park

Few things are better for the photographer that is fascinated with the Whitetail deer, than a trip to Shenandoah National Park in Virginia. My brother Coy and I traveled there Friday, for a morning photo shoot.

Dawn found a beautiful 8 point and a doe standing on the skyline in Big Meadows. A strong, cold wind was blowing and it was brutal out there, but what is a whitetail addict to do but face the elements and get into action. 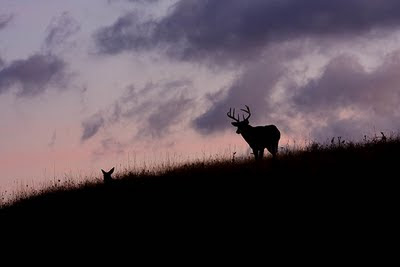 Shenandoah Dawn: Canon 40D 70-200mm F2.8
It is best to not focus exclusively on the meadow, as many times one may find excellent opportunities while traveling on the Skyline Drive. In this case we spotted one of the largest bucks I have yet photographed as he was working the woods by the side of the drive in search of does. 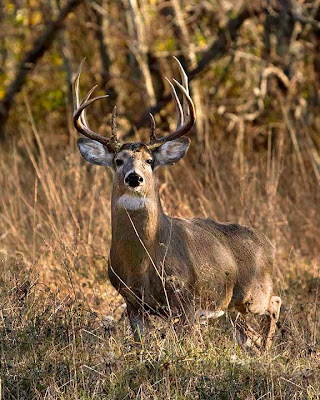 Shenandoah Monster: Canon 40D 70-200mm F2.8
Later in the morning, we saw a buck breed a doe far away in the meadow with no chance to photograph the event. Later we found the deer had moved closer to the roadway and we parked the vehicle and spent some quality photographic time with them. 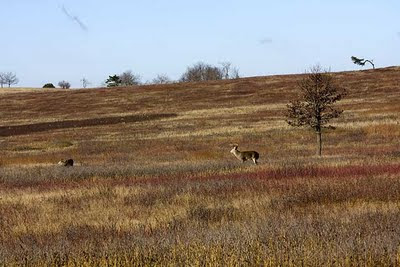 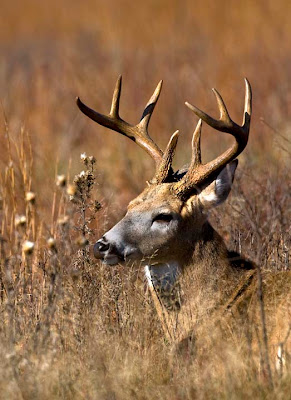 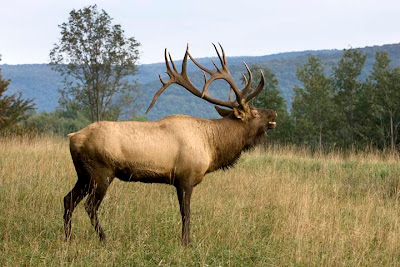 Reports Indicate This Bull Was Taken


Here is a first hand report as it were, of some of the action on the first day of elk season.

I met a couple during my first year or so in Elk County. They are dedicated outdoors people who love watching and photographing the elk. They were kind enough to e-mail me a report about their experiences of the first day of the 2009 elk season as they got to see it first hand.

They started the day by checking the parking lot at the end of Dewey Road and found 16 vehicles there. From this point I will go to their exact words: "Went to Gray Hill on top where the camps start on the left side of the road (about half way to apple orchard) there were 10 Bulls together around the camps but about 20 hunters and guides (so it seemed) NOT GOOD. No 47 (brown collar) which was the biggest bull in group, was there and we took last live pictures of him. We had stopped but was getting in their way. Anyway we left so they could carry out game plan, put hunter in front, then bulls walk right to them. No 47 went down and next biggest one. Not sure what it was. "

As I understand the hunting digest, this is Elk Hunt Zone 8 and should be all of the bulls allocated for Zone 8. I have no current photographs of bull 47, but he was featured in a post by Steve Friel on October 7, 2009. To see this photo visit Photos by Steve. 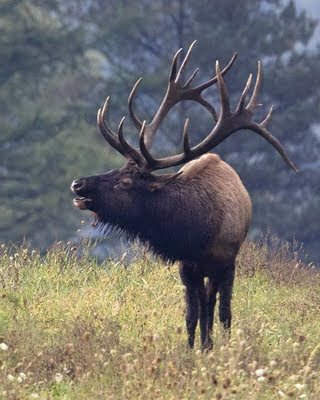 Dominant 9x8 At Gilbert Viewing Area
They also had news as to the dominant 9x8 bull that was seen almost daily at The Gilbert Viewing Area this fall. They had seen hunters walking a road toward game lands as they (my correspondents) were heading out in the morning. When they returned to the area after being on Gray Hill, they saw the 9x8 being hauled out on the back of a truck. This is in Elk Hunt Zone 2.

It is important to note that this is the situation as I understand it and as it was reported to me. It will be interesting to hear or read the accounts of these hunts from the perspective of those that participated in them.

Something I do know is that during the period from September 20, through October 2,2009, the 9x8, had no fear of humans. Absolutely none! 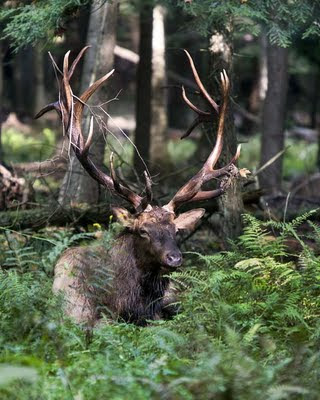 
It is a difficult task for wildlife managers to arrive at a management policy that considers the concerns of hunters, tourists, property owners and other interested parties, while at the same time safeguarding the resource itself. Progress has been made in addressing some of the more critical problems, but it is time to strongly consider increasing the size of the No Hunt Zone to protect more of the large bulls.
Posted by Willard at 10:06 AM 11 comments