Photographing birds is a favorite winter pastime for many and I must admit that while I concentrate on the larger animals and waterfowl, I do enjoy photographing the visitors to the feeding station.

I usually like to have the entire bird in the photograph, but today I used the 500mm F4 with 1.4 extender attached at extremely close range for a change of pace. 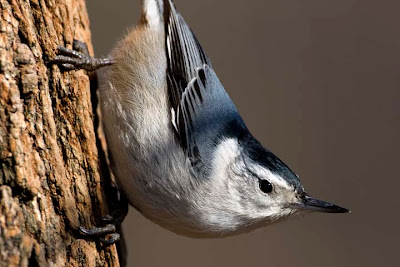 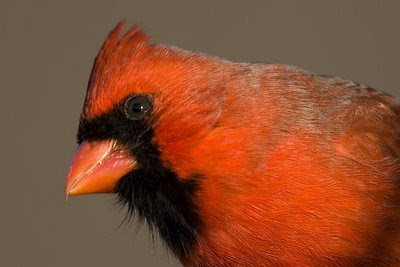 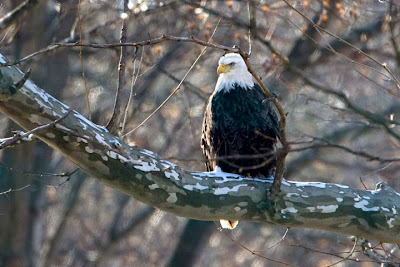 Years ago it was unheard of to see Bald Eagles in Fulton County, Pennsylvania. They were the subject of much folklore. According to these tales, eagles were fearsome birds. In the most frightening of these tales an eagle carried a young lad named "Dave" away to their nest and raised him as an eagle. His name became "Eagle Dave". I think the purpose of the story was to frighten naughty children, who were apt to roam too far from the farmhouse, into staying close by where their parents could keep watch over their actions.

It is generally accepted that using DDT to control insects, and pest was responsible for the decline in eagle numbers, not to mention that they were often shot on sight because of the perceived threat from them. Eventually DDT was banned, strict penalties were imposed for killing eagles, and populations slowly recovered.

I saw my first eagle in the county in the late 1980s or the early 1990s. The resident eagles are ordinarily very shy and fly before one can photograph them, unless they settle for long distances shots. I have met with some success filming them at George B. Stevenson Dam in Northern Pennsylvania and did get decent footage of an immature eagle at home a few years ago, but these shots were the result of using extremely powerful telephotos on video cameras, which are capable of delivering acceptable results at much longer range than still cameras.

Not until yesterday, was I able to get close enough to a local eagle to get a decent still photograph. 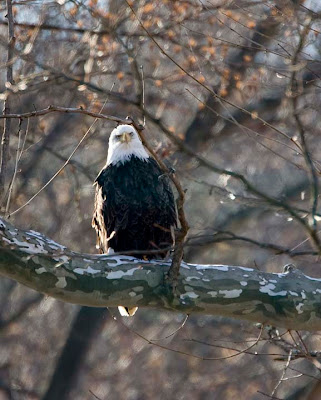 Today I was able to get much closer and took my best Bald Eagle photographs to date. 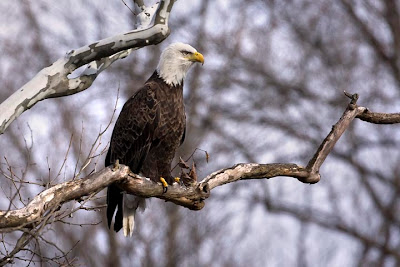