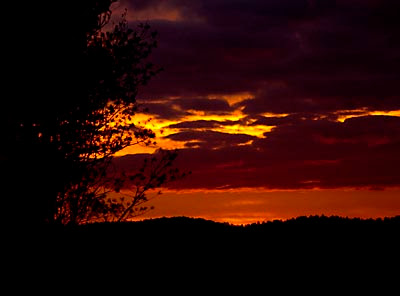 Elk County Sunrise
During my recent absence from blogging I was in Pennsylvania’s Elk Range to observe the 2007 elk hunt.

Pennsylvania’s Elk Season is a highly regulated hunt, which runs from November 5th through November 10th. 25 antlerless permits and 15 antlered were issued for a total of 40.

When I first visited the area in 1995 I was a dedicated hunter. There was no elk season at that time. I looked at the animals strictly as a watchable resource and of course an excellent subject to photograph or videotape. As a result of viewing the elk close up and several other factors, which I hope to discuss in future posts, I made a decision to quit hunting for any species sometime in 1998. Since that time I have been in the field most of my spare time with camera or camcorder in hand.

I became seriously interested in the elk herd and set out to capture a large collection of videotape and still images, with the emphasis being on video.

The first modern day elk season in 70 years was held in 2001, but I never witnessed a hunt until this year. This year I decided to be there in a non-participating capacity so as to be able to comment responsibly on conditions.

I only found two elk. The nicest was a small 6x6, which I had encountered repeatedly during the past rut. I found him on Sunday morning at the same spot. I mostly took video of him, but am posting a still from each encounter. This animal was completely unconcerned about my presence and permitted me to walk openly in front of him at an estimated distance of 50 yards. His chances of survival in the coming week depended on two factors. One was blind luck. If he was not the wrong place at the wrong time, he would survive. His other hope was that a hunter would pass him up because they wanted a larger trophy. His chances of not being seen were slim. 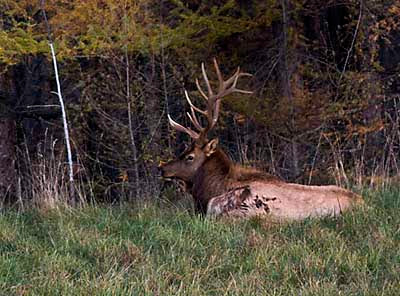 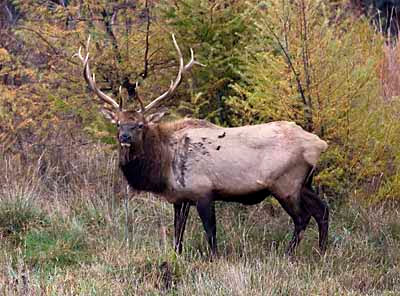