The pre-rut intensifies in October and whitetail movement patterns change.If you watch the same area on a regular basis, it seems that you mostly see the same bucks throughout the late summer and into early fall. In many cases these are young bucks that were born in that area and have not yet dispersed.

As the pre-rut progresses, it becomes more common to see different bucks, some of which are only seen a time or two before moving on to another area, and others which  end up spending most of the rut there. Featured below is a series of photos of a fine eight-point that I have seen one time so far this fall.  It will be interesting to see  if  he returns or if this proves to be the only sighting. 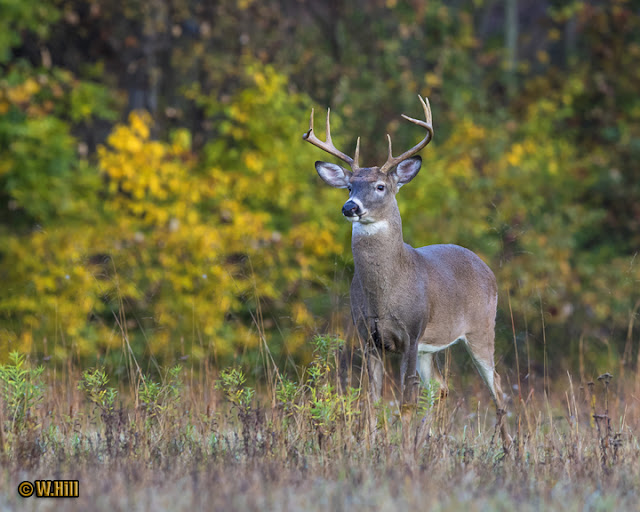 Exciting photo opportunities can develop when more than one buck is present.  No other buck was there to challenge the large buck as he passed through, but on another day a seven-point arrived and challenged a six-point that was already there. 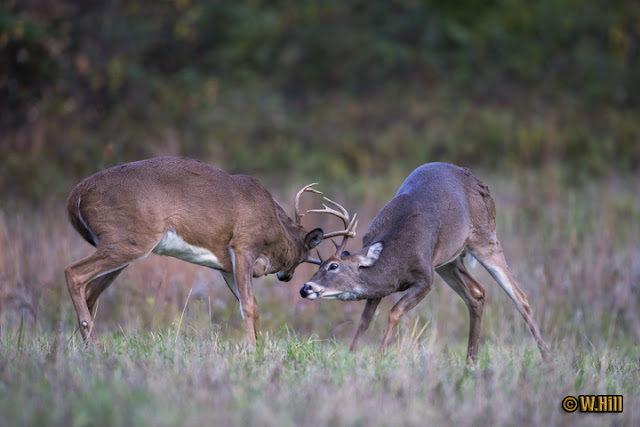 After a brief tussle the bucks broke contact and looked about for danger, before resuming the contest. 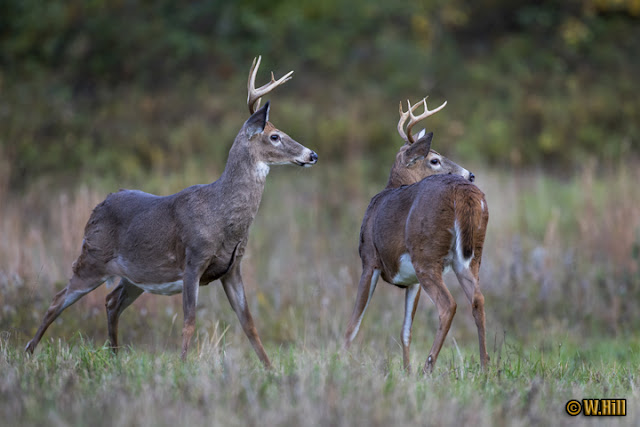 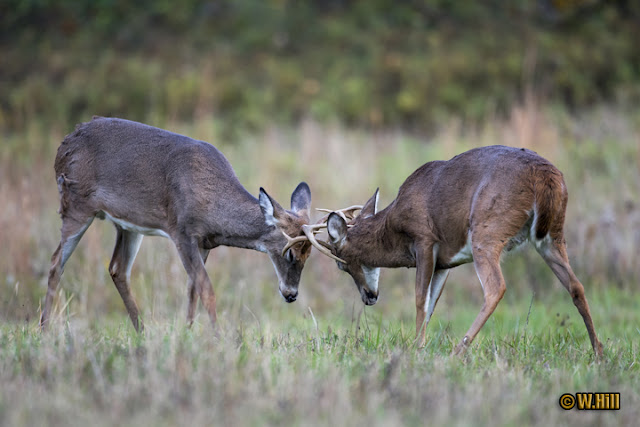 This never rose to the level of serious combat, but as the full-blown rut arrives the probability of witnessing a serious fight will drastically increase.