Often one may look for a species for days with no success and then blunder into an encounter when it is not expected.

That is what happened on our Yellowstone trip. We were looking for moose in The Grand Tetons, and had no success, but on another evening, when we were back in Yellowstone, my daughter wanted to photograph a petrified tree. As we neared the parking lot at the tree, we saw several rangers and a large crowd of people by the roadside.

It turned out that several moose were bedded down among some evergreens. In time two bulls stood up and began feeding and I took several still photographs and a bit of video footage. 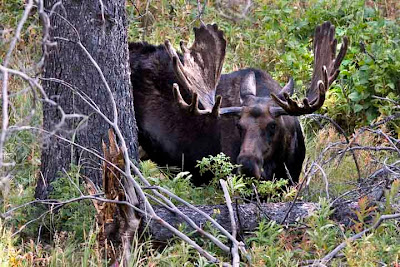 Pennsylvania Elk: Bulls 8A and 62

For plenty of Pennsylvania Elk photographs see Country Captures, as Salty probably took more still images in 2 1/2 days than I took in nearly two weeks, which was mostly because I concentrated on shooting video. He was with me from Monday, September 27, through mid-day on Wednesday the 29th.

Rutting activity declined after he left and Wednesday evening October 29th was relatively quiet, but during the night a cold front came through and activity resumed with a vengeance although several of the bulls moved from the area where Salty's photographs were taken to a spot about a mile away.

I found bull 8A with a harem in a meadow near the Gilbert Viewing Area. Soon bull 62 arrived and challenged him to a fight. There was several short fights between them, which ended with bull 62 leaving the scene. These shots were taken just before the fight. All of the fight scenes are on video and they are less than ideal as both bulls had numbered collars and also a restricted zone sign is in most portions of the scenes. Oh the beauty of photoshop that it can remove the collars, but I have not figured out how to remove them from video. 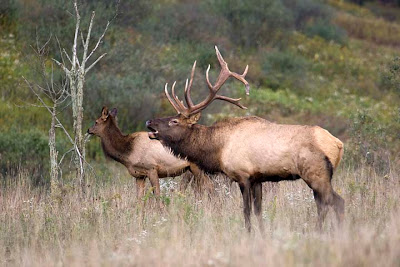 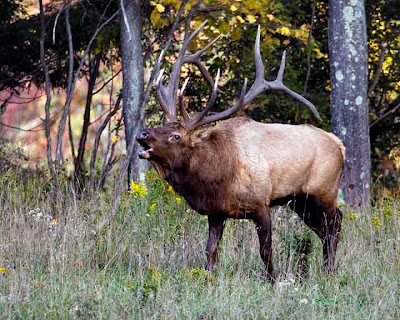 Stay tuned for more elk photographs and more information on the elk film, which will be available for mail order soon and is currently in stock at Benezett Store.
Posted by Willard at 10:07 PM 9 comments

Frost covered the earth, and a sharp tang was in the air as dawn slowly arrived on the first day of Pennsylvania's early black powder season. Many hunters were settled comfortably in their stands anticipating an encounter with the elusive whitetail deer. Archery season was in also along with the opening of squirrel and grouse season. At one time interest in hunting these species was intense, but with the advent of longer, more liberal deer seasons few were interested in such species anymore.

The veteran deputy warden stood at his favorite spot overlooking a meadow as dawn arrived. Deer were there in plenty, but they need not worry as they were old friends of the officer and his weapons of choice for several years were cameras, and not the death dealing rifles and bows.

As the officer reminisced over the past 24 years of service a great sadness came over him as he realized to the bottom of his soul that the time had come to end what was at one time perhaps the most important aspect of his life outside of his family.

It was not mostly about the pay, although that was certainly an issue. Hell, he had worked hard for an entire fall in the early years and only received $250. Still the current situation rankled. Due to a financial crisis in the agency, no deputy would be paid more than $1,300 some odd dollars per year, yet at the same time they were required to upgrade from their .357 magnum service revolvers to automatic weapons. The officers were responsible for purchasing their own weapons and leather gear. It seemed that in a time of financial crisis the least the agency could do was wait until times were better and they could afford to pay more, before they required the transition.

The training had also gotten more difficult and abusive. To their credit many firearms instructors were extremely knowledgeable and helpful, but some who were also usually the least proficient with weapons, had an attitude and loved screaming criticism at men who could beat them hands down at handling weapons. They even loved to abuse the officer who consistently won the state revolver matches for several years.

And then there were the Saturdays. There are only 52 of them per year and at one time as many deputy meetings as possible were scheduled for weekday evenings and only the big training sessions were scheduled for the weekends, but now Saturday morning was the preferred time. Eat a good, healthy breakfast, shoot the bull, and cover business for the month. It sounded like a good plan, but when one loved the outdoors and held down a full time job, there were better places to be on a Saturday morning!

Sadly, the element of trust was also gone, the officer was used to his superiors saying what they meant, meaning what they said, and he always knew exactly where he stood with them, but this was no longer the case in certain instances.

In this situation, another officer had discovered a baited tree stand (baiting is illegal in Pennsylvania) and arrangements had been made to take care of it on the previous weekend as the likely occupant of the stand was an archer and archer season was in, yet the plan was not implemented and the situation was unresolved. With the officer who discovered the bait being otherwise occupied that weekend, it boiled down to one man who could do the job if he would.

The officer had not taken his required firearms training that year as it would have only served to prolong the situation until the end of December, after which it was no longer permissible to carry the revolvers. Traditionally officers who failed the take their training were suspended just before the rifle deer season, but there was a new supervisor in the position that handled this matter and he was unsympathetic to the plight of any deputy, so it seemed certain that he would move quickly. The officers strategy was to work as long as possible until his commission was suspended and then remain inactive until some time passed and the future of the agency and the deputy program were more clear. (One had two years to be re-instated without going to the training school) 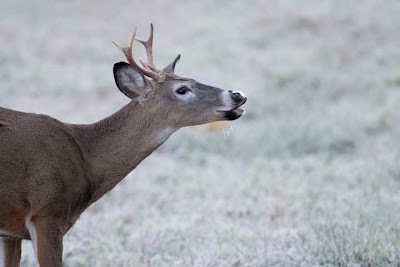 He no longer cared to work alone, but as the officer pondered the situation it became clear that the hunter should not be allowed to elude punishment, so he reluctantly loaded the camera equipment into the vehicle and began the short journey down a scenic backcountry road to the baited area. 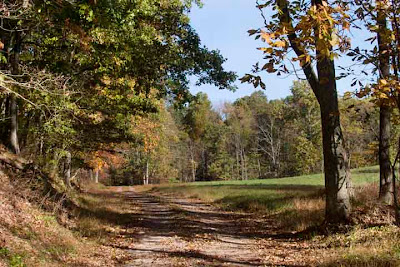 A short cell phone call to the dispatch center placed the officer on active duty and soon he was moving stealthily through the woods toward the site of the baited area. Sure enough there was a hunter in the tree stand. The officer walked into plain view, leveled the camera with telephoto lens and fired several shots (for obvious reasons a close-up is not shown here and the face is blurred). 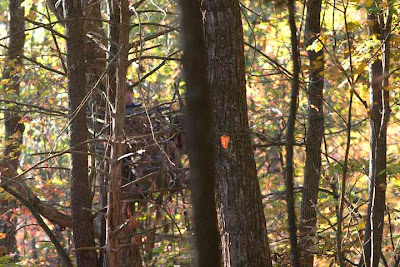 When the officer identified himself the hunter descended from the tree and co-operated fully. The bait was a brown mineral block which was partially hidden in a nearby stump. 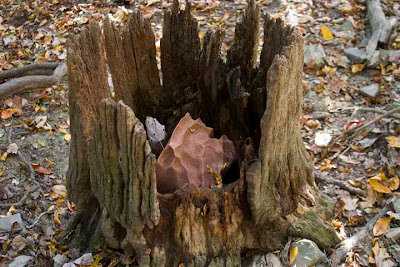 The hunter had a disabled permit due to a hand injury which permitted him to hunt with a cross bow. 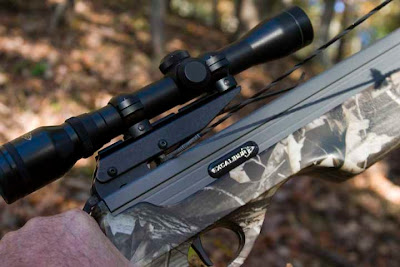 The hunter readily admitted that he had done wrong and was most friendly and helpful, which is unusual.

Early next week a letter notifying the officer of the suspension of his law enforcement powers arrived and a long career was over.

At times the officer thought about re-considering, but in light of events that were shortly to follow, it was very easy for the officer to let the decision stand.
Posted by Willard at 9:29 AM 5 comments