The Eastern Woodchuck is the bane of farmers and gardeners alike as they have voracious appetites and consume many types of vegetation.

This animal; however, was a welcome visitor at the backwoods bird feeding station this past week, when he provided a wonderful photographic opportunity as he was illuminated by the rays of the late evening sun. 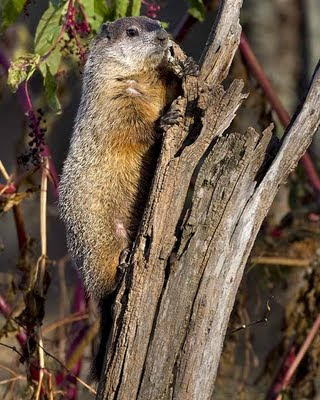 Eastern Woodchuck: a.k.a Groundhog
There is a controversy as to whether woodchucks can climb trees, but I have seen them do it often during my years afield. They sometimes do it to survey the countryside for danger. as this chuck is doing, but it was there in the first place because of the feeding station, which is concealed in the snag. 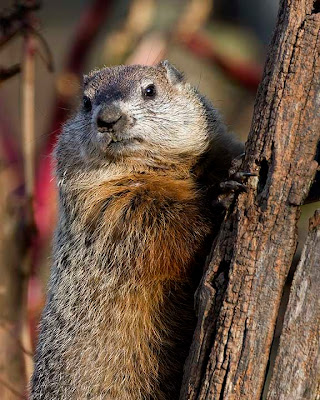 I used to be a dedicated squirrel hunter and thought that I would hunt them until I went to my grave. Many a beautiful autumn day was spent afield with .22 rifle in hand, in pursuit of the wily "Grey Ghost" as they are often called, but I have not hunted them or anything else, since 1998 or so, when I became addicted to wildlife photography.

The bad part of this is that although I do photograph squirrels at feeding stations, I have not actually pursued them in a hunting type situation for several years. I had no intentions of doing this today either, but while on another photographic mission, I ran into a concentration of squirrels feeding on hickory nuts and witch hazel. 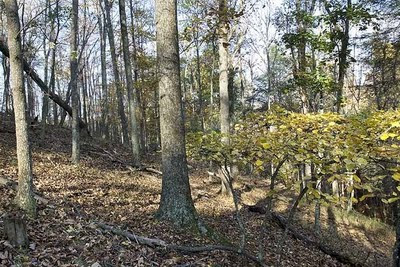 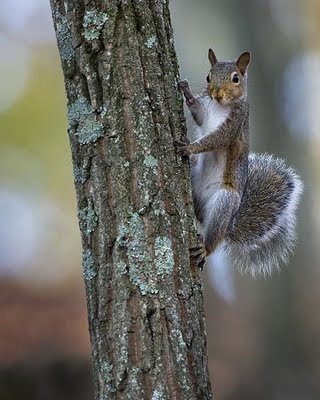 Alarmed Squirrel
I quickly pressed my "squirrel rifle" into service and for a time I relived the old days with the exception that the squirrels are still alive to be photographed another day and I do not have the hard work of cleaning a "mess of squirrels". 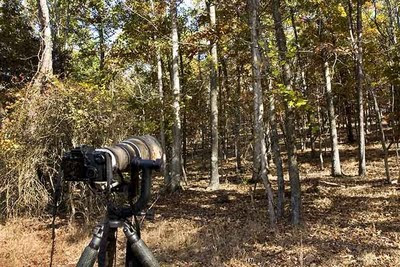 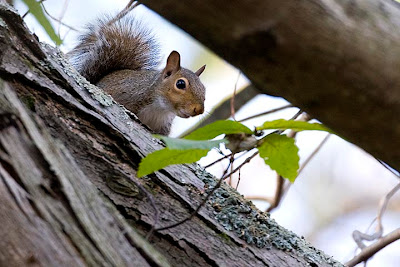 These are not world-class squirrel photographs, as the range was long for such a small animal and I cropped the photographs severely, but it was wonderful to experience a favorite sport from the past, with what is now my "weapon" of choice. "Now if I could just git some good video of them there pesky squirrels"!
Posted by Willard at 12:21 PM 6 comments