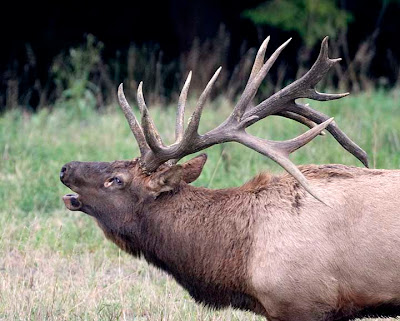 Mature Bull On Winslow Hill 2005: Viewed by thousands of elk watchers,
he was killed in Hunt Zone 2 on the first day of the November elk season.
In Pennsylvania, the hunting license year runs from the first of July to the end of the following June, so in most cases seasons are finalized by this time and one has a relatively clear picture of what is planned for the coming year.

The Elk regulations, and allocations are now published in the 2009 Pennsylvania Hunting And Trapping Digest, which is received when one purchases a license or may be viewed and downloaded from the Agency's website.

There are significant changes in this years' elk season. One addressed an issue, which was discussed in depth in "The Truth About Pennsylvania's Elk Herd" a 2 hr.-42 min. film, which discussed the recent history of Pennsylvania's Elk Herd along with giving the viewer a close-up view of the life cycle of the elk. The film closed with a section detailing many of the problems facing the herd today.

It was initially stated that hunting pressure would be directed at areas of elk-human conflict and away from the tourist areas on Winslow Hill.

Hunters were required to hunt in the management unit for which they drew tags and the number of tags issued per unit was fairly conservative, but management plans were disregarded when hunters who had difficulty locating elk in their assigned hunting area, were permitted to hunt in other management zones. 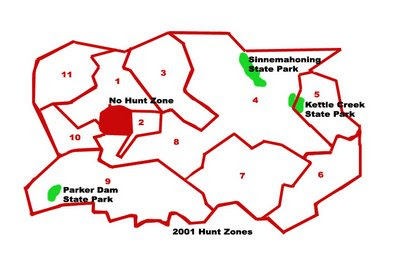 No Hunt Zone Denoted In Red
Note: Hand Generated Maps illustrate the general situation and are not accurate as to scale or small details of terrain and boundary lines.

The official Game Commission Harvest map that year shows that much of the kill, tightly encircled the No Hunt Zone. 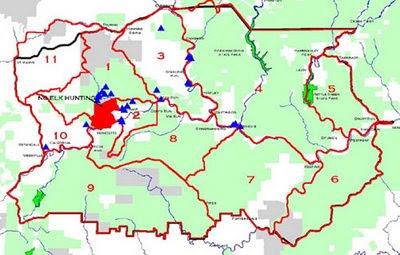 This situation was bad enough, but the real blow fell in 2005 when hunt zones 1,2,3, and 10 were combined. While they were still listed as separate physical entities, the tags were issued with the stipulation that the hunter could utilize any of the four hunt zones. As a result, anyone who held a tag for any of the four combined hunt zones was able to hunt in Zone 2. In addition one had to consider the elk that were killed in Hunt Zone 8, as it too was home to many of the large bulls that visited the viewing areas on Winslow Hill. 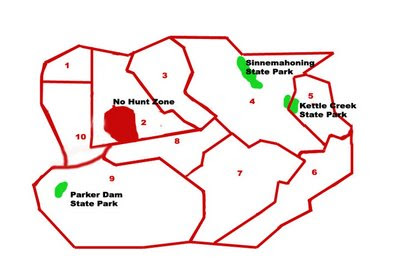 In the 2008 season it was possible that 7 bulls and 16 cows could be killed in the combined Hunt Zones 1,2,3,10. In addition Hunt Zones 7 and 8 were combined with 5 bull and 7 antlerless tags being issued. This meant in theory that 12 bulls and 23 cows could be killed close to the No Hunt Zone. It is not likely that this actually happened and the kill was somewhat more dispersed, but the problem was that it did permit elk hunters to target many of the large bulls that frequented the viewing areas.

During the rut, bulls may travel long distances to visit the traditional mating grounds on Winslow Hill and then spend the rest of the year in other areas, but a substantial number do remain nearby. The film covers this aspect by showing several examples of large bulls that were acclimated to humans and would not have been killed had there been a somewhat larger no hunt zone. 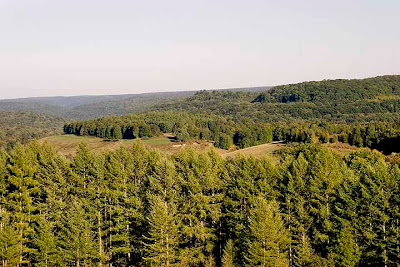 A Portion Of Elk Hunt Zone 2
While this does not preserve as high of a proportion of mature bulls as the plan presented in "The Truth About Pennsylvania's Elk Herd", which advocated an enlarged No Hunt, or Population Control Hunt Only Zone, it is a great improvement over the combined zones. In brief instead of 12 bulls being possible targets in Zones 2 and 8, now a maximum of four will be targeted creating the potential for as many as 8 more bulls to survive near the major elk viewing areas. 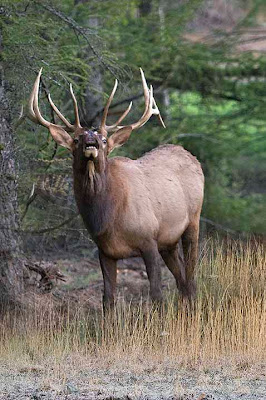 Young Bull Elk Hunt Zone 2
Did "The Truth About Pennsylvania's Elk Herd" influence this decision? I don't know, but if it did, it makes the effort all worthwhile.

In spite of this positive action, there are still issues that need addressed, which I hope to cover in the future.