4:00 A.M. Thursday found Billie Cromwell and I traveling to the central district of Shenandoah National Park for a morning of wildlife photography. It was a balmy 14 degrees Fahrenheit in the valley, but the wind was blowing on top of the Blue Ridge Mountains with a wind chill factor of well below zero.

We were primarily looking for large whitetail bucks that had not yet shed their antlers and we encountered one by the roadside somewhat south of Skyland, which is one of the developed areas in the park. 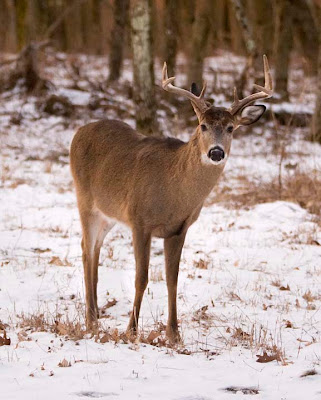 Whitetail Buck: 70-200mm at 85mm ISO 400 1/250 sec. f2.8
Soon we arrived at the Big Meadows Complex. It would be a shocking experience if one had never visited SNP on a brutally cold winter day, but I had been there several times before and knew what to expect. We only saw two other civilian vehicles that morning. One was another photographer and the other was an elderly gentleman driving the top of the mountain. Of course there was a ranger on duty and there were some maintenance workers traveling about. All of the facilities except for a small restroom were closed.

Closed For The Season
The Camp store is a bustling place most of the year, but today the crowds of summer were gone and it was deserted. 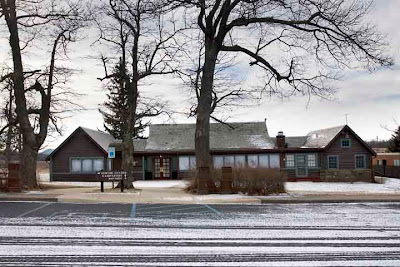 The Crowds Of Summer Are Gone

The highlight of the day was when we encountered an Eastern Coyote along the roadside just south of Big Meadows. In fact, it was unclear whether there were one or two of them, but we did only see one at a time so it is possible that all sightings were of the same animal.

It is rare to have close photo opportunities of these animals in SNP, so at first we photographed him from the vehicle, but eventually we decided to get out in hopes of getting him in a better background and to our surprise he approached us. It soon was obvious that he expected us to give him food, which we did not do as it is a violation of park regulations, but it was clear that he was used to getting handouts from humans. After a few attempts at approaching us, he seemed to realize that we were not a potential food source, so he went back into the woods along the drive. 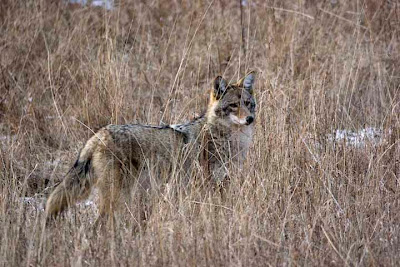 Like so many wildlife shots, the buck and the coyote were taken under low light conditions, which required the higher ISO settings.

The Fishing Guy is participating in a photo tag which asks for one to post the 4th photo in the 4th folder on their computer. I ordinarily do not participate in tags, and will not tag anyone in return, but in this case, I do want to dedicate this photo to The Fishing Guy in honor of his zest for life, and how he shares his experiences with us. His appreciation for nature and the creatures of the great outdoors shines through in his photos and writings. My system is different than most, but here is the 4th processed photo from the 4th folder of my 2008 photographs. 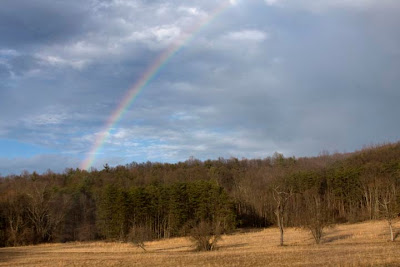 One's thoughts frequently turn to our feathered friends as they struggle to survive the cold and snow of winter. They truly make the winter days brighter by their presence. 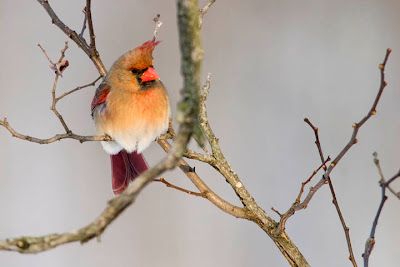 While not quite as colorful as the male birds, the more subdued coloration of the female is as attractive in its own way.
Posted by Willard at 11:43 AM 11 comments