Located in Yellowstone National Park between Cooke City and Silver Gate,Montana at the eastern entrance, and Tower Junction, The Lamar Valley is often called "The American Serengeti", because of its' abundance of wildlife. It is also a place of stunning scenic beauty. 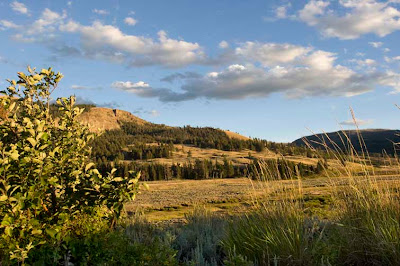 It is common to see large herds of buffalo grazing in the meadows by the roadside. Once they roamed the west in great numbers, but fell victim to exploitation and were almost eliminated. Today, they exist in only a few places and are still the center of controversy as they are often shot or harassed when they leave park lands. 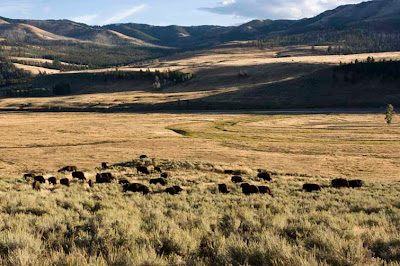 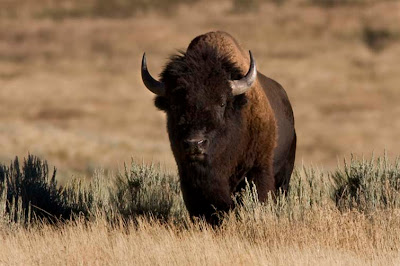 A Solitary Bull Buffalo: Canon 40-D: 300mmF4-2x extender
While I usually do not use the 2x extender it did give passable results in the above photo. I find that in most cases it is best to use the 1.4X or the lens without an extender and then crop the photo as needed.