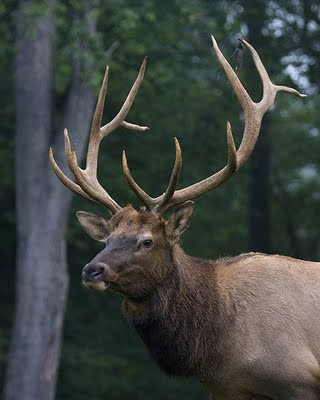 Attention Is Focused On Pennsylvania Elk Herd As Autumn Nears

Starting with the first modern day, Pennsylvania elk hunt in 2001, until this year The Pennsylvania Game Commission's elk tag drawing has traditionally been held at 'The Elk Expo" The "Expo" concept operated much along the lines of a county fair with the exception that the focus was on hunting related sports in general, and a special focus on the elk hunt. For many the climax of the Expo was the elk license drawing.

The first Expo was held in 2001, in the heart of the elk range on State Game Lands 311 on Winslow Hill. It was moved to St. Mary's the following year, and later was moved to Kersey.

The following are some scenes from the first Expo. They are still captures from video clips, so I hope you will excuse the poor quality. 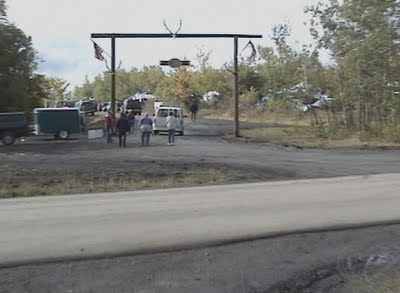 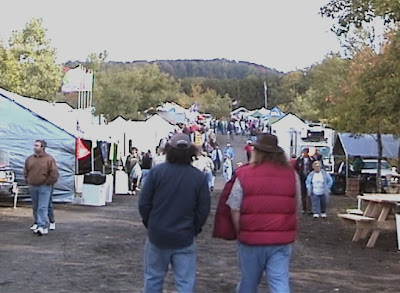 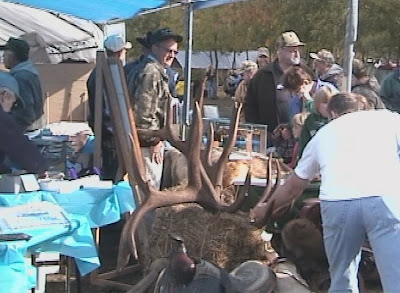 One Of The Many Exhibits 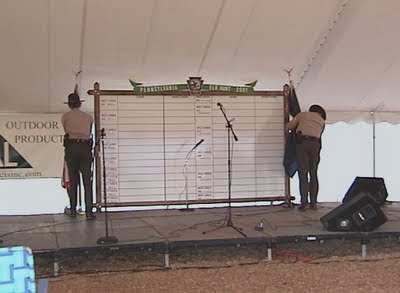 Board Where Elk License Lottery Results Were Posted
This year The PGC decided to hold the drawing for both bobcat and elk licenses at the Harrisburg headquarters. With Elk Expo attendance in decline during the past few years, it was decided to discontinue the event after The PGC announced this decision, as it was thought that the loss of the drawing would cause an even further drop in attendance.

Today In News Release:#095-09, The PGC announced that the drawings will be held on September 11, 2009 at 10:00 a.m. Interested persons may visit the agency's website (www.state.pa.us) and then click on the "Watch Drawings Live" icon to watch a live webcast of the proceedings. 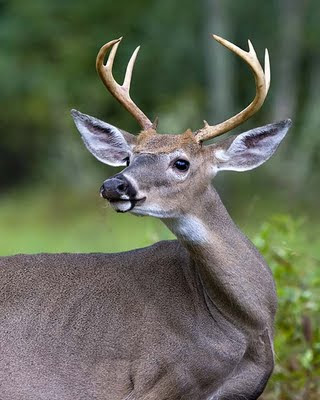 Whitetail Buck: This Buck Shed Velvet Within Last Few Days
The vast majority of the whitetail bucks in our area shed their velvet during late August and early September. It is usually the larger bucks that shed first, but this is not a hard and fast rule.

First the velvet cracks and bloody spots appear. Soon after, the velvet peels off in strips. The animals usually hasten this along by rubbing tress and saplings. 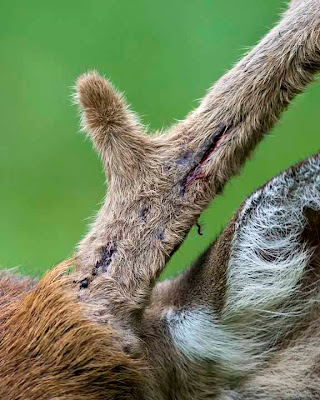 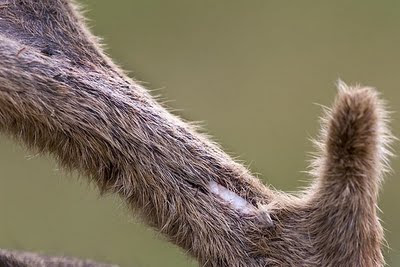 While editing photos from the recent Benezette trip, I found some shots of the bull from the August 20th swing incident, browsing on a tree in Benezette early in the morning on August 18th. 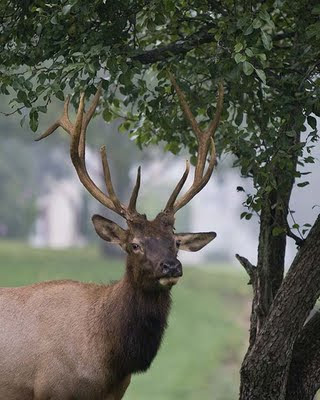 Look closely at the 2nd point from the base of the right antler, and notice how long it is, and how the tip is blunted off. This is the factor that stands out most, but the rest of the rack configuration matches exactly as well. There is no doubt that this is the same animal. 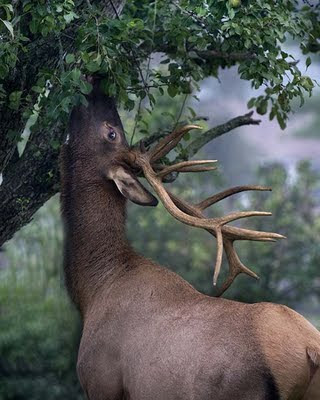 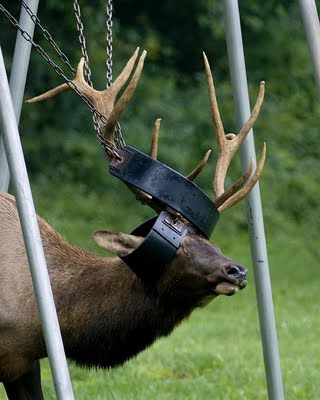 Hopefully this animal will learn from the unpleasant experience and go on to be one of Pennsylvania's premier bulls.
Posted by Willard at 9:21 AM 10 comments