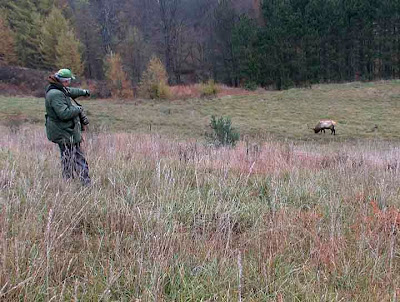 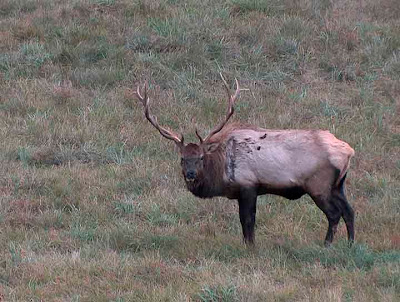 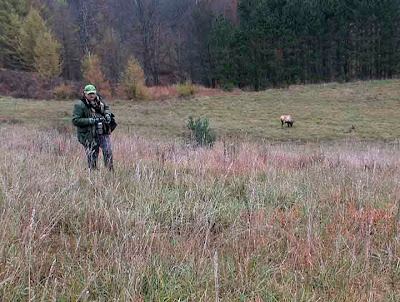 Are all elk in the backcountry this tame? No, but then neither are most as wild as portrayed! Had he been taken in the following season, and perhaps he was, I am certain that the hunt would be portrayed as difficult and challenging.
Stay tuned for future installments as we pursue this further.
Posted by Willard at 10:21 PM 8 comments 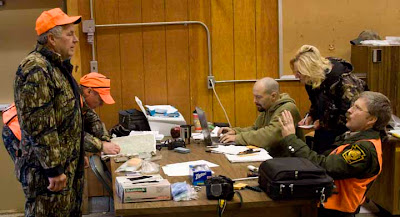 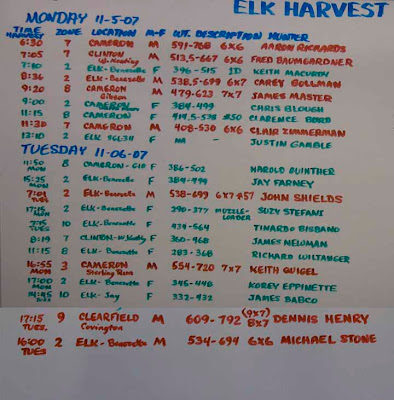 Composite Photo of Harvest Tally Sheet
After taking these photographs I left for home and so have no more first hand knowledge of the 2007 hunt.
Hopefully we will get to some analysis of these events in the very near future.

Deemom recently had a bobcat picture on her blog. This jogged my memory and I decided to post this picture, which was taken, near the Hick’s Run Elk Viewing Area in Elk County, in late September of I believe 1999. At the time I was shooting film, the camera was a Canon Rebel X and the lens a Sigma 170-500mm.

At the time I shot Kodak print film and carried one camera with ISO 200 film for good lighting conditions and one with ISO 800 for low light shots. I turned the film in to a local drug store for processing, but they sent it to the Kodak Lab in Rockville, Md. so it should have been processed correctly.

In most cases the ISO 200 film was great, but the 800 was a different story. I would no sooner than decide that I would never shoot another roll of it, than the roll that I had just shot would come back and the results would be very good, so I would shoot another which would range anywhere from barely usable to being a total disaster. It usually was not a matter of the negative not being printed correctly, but the film itself was not developed right and was grain and muddy in appearance.

I was walking through the woods toward an area that a large bull elk frequented when I saw two young bobcats running toward me but angled so that they would go past less than 20 yards away. In this case everything was loaded against me. I only had two or three frames remaining on the roll, the light was poor, and the range was very close. To top things off this was one of the times that the film was ruined in processing. I emptied the camera at one of the cats and then slammed my camcorder on the tripod and tried for a video sequence, but only got a fleeting shot of one of the animals as he ran out of sight. 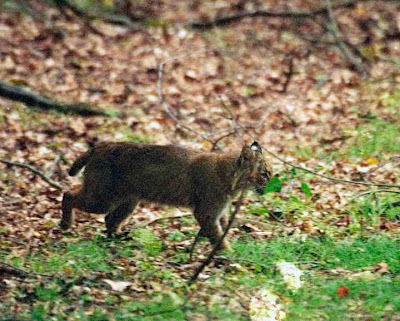 I like little about the picture except that it remains the only still photograph that I have taken of a bobcat that plainly shows what the cat looks like.

How I would love to have the same opportunity again with a DSLR and 70-200mm lens!