The passing of a cold front on Tuesday evening, brought a welcome relief from the recent heat and high humidity. Wednesday morning was clear and beautiful with an invigorating tang in the air before warming at mid day. 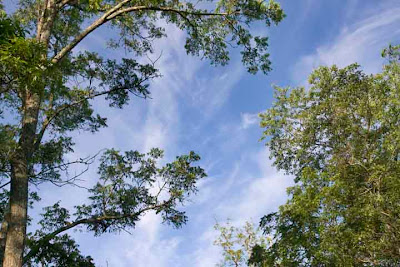 I have sighted a lot of wildlife lately, but have not had another good opportunity to photography fawns. I did see another doe with a fawn in a wooded area, but had no chance to use the camera. I noticed the chipmunk in the photograph below as I was driving a narrow, winding back road. He ran under the log when I stopped, but I got the camera in position, and he soon returned for a good photo op. 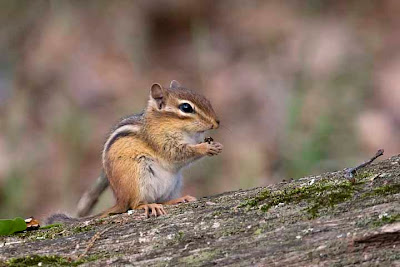 The woodchucks have been frequent visitors to the meadow. The first shot is of the mother, while the second is a juvenile. They have grown quite a bit since the post where the entire family was pictured in one shot. 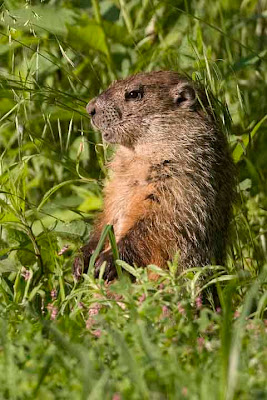 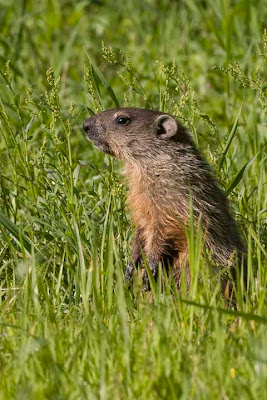 I hope to have more encounters with the fawns soon, but they are the ones that set the agenda and all I can do is to be prepared and try to make the best of the situation when it happens again!

The First Fawn Of The Year

The First Fawn Arrives
Surprisingly the doe I featured in the last post has not yet given birth, but some of the other does in the herd that visits the meadow apparently have. It can be difficult to tell for sure because some of the older does that have had fawns several times before may still appear pregnant if one looks only at the distended abdomen. It is best to look in front of the hips. If that area is sunken and the ribs and other bony structures stand out, it is certain that birth has occurred. The doe in the photo below illustrates this well, but few deer show it to this extent. This deer is eight years old and in good health. She has had one or two fawns each year since 2003 and always looks thin and bony in the summer. 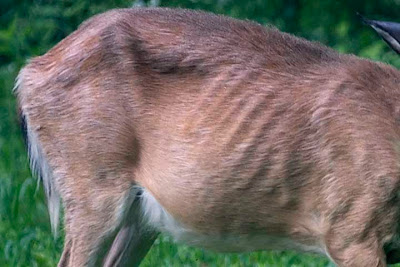 Canon 40D: 100--400mmL at 310mm 1/90 f5.6 ISO 500
She missed coming to the meadow on Thursday evening, but I saw her at a distance and her flanks appeared to be sunken. On Friday evening she brought a fawn to the meadow. I videotaped the fawn nursing at very close range and then went to get the still camera. The deer had moved off some distance when I returned, but I was still able to get a good photograph with the 100-400mm lens. 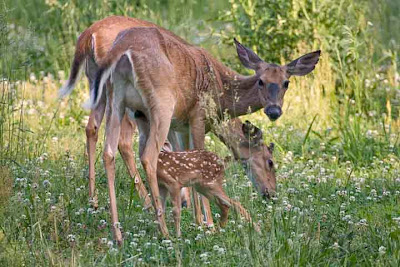 On Saturday morning she came to the meadow without the fawn and stayed a short time. When she left I followed at a discreet distance with the video camera on the tripod and the 40D on my chest with the 300mm lens attached and the 75-200 in my camera bag. The doe went through some thickets and woods along a roadside so I was able to walk in the roadway. Eventually I saw her stop in some thick brush and then I saw a little head bobbing about. I spent the next fifteen minutes or so taking video footage of the fawn feeding.

Eventually they went in to a more open area and I carefully followed behind. At one point I recorded them interacting at close range. Soon I had a satisfactory amount of video so I changed to the DSLR and took several shots with both lenses. Only a few were keepers, as the light was less than ideal in many instances and the animals were continually moving in and out of areas where plant growth interfered with getting a good composition. 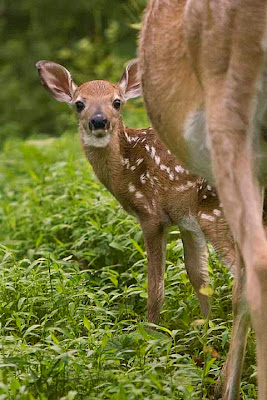 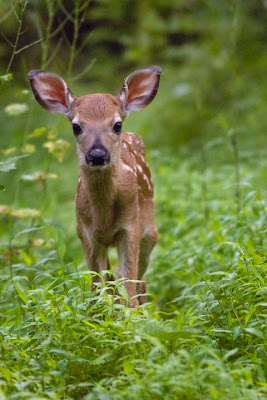 Canon 40D: 300mm F4 L at 1/180 f4 ISO 500
We were almost back to the meadow by the time the last photos were taken. This is classic whitetail behavior in that the deer did not return to the fawn directly but took a long, looping route to go to it, while it was hidden only a short distance from the meadow if she had walked straight to it.

At this point it is not clear if she has just this fawn or if there are twins. The does hide twins in separate places for the first few weeks after birth to increase their chances of survival. (A coyote or bear would have to find each one in separate encounters, rather than being able to kill both in one instance)
Posted by Willard at 10:47 PM 30 comments