Some fellow blogger such as Helen and Marvin have already photographed newly born fawns, but as yet none have arrived here. The mature does are in an advanced state of pregnancy and I am anxiously awaiting the first sighting. 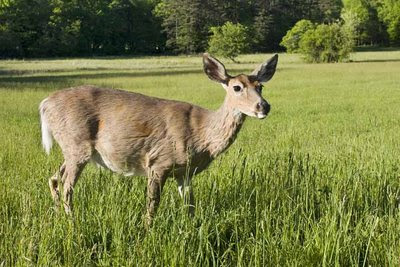 This is a seven-year-old doe in prime condition. Judging from the size of her abdomen, she will almost certainly have twins.

This series also gives a close look at the condition of the coat at this time of year. If one looks closely, they can see the red summer hair showing through. The winter hair falls out, sometimes in single strands and sometimes in large patches. 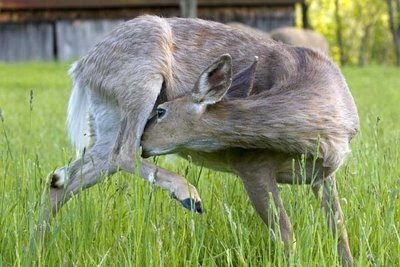 The Winter Coat is Gradually Replaced With The Summer Coat
The head is usually the first area to completely change, and the process is almost complete in these photos, while the neck and body still has significant amounts of the winter coat. 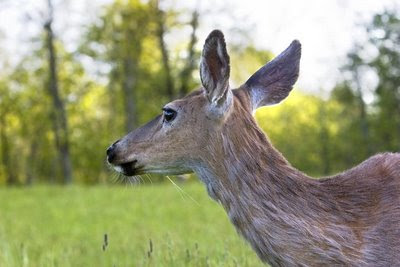 The Process Is Almost Completed In The Head Area

While I have seen newborn fawns as early as Mid-May, most in this area arrive in a period ranging from late in the last week in May to Mid-June. I have no idea why, but most in this particular herd give birth within a few days of June 8th. This doe and her mother before her often gave birth exactly on June 8th.

Stay tuned for the arrival of the first fawns and more on Pennsylvania Elk.
For more Camera Critters photos, Click Here!
Posted by Willard at 8:21 AM 16 comments

I first filmed "Fred Jr." in 1997 when he was already a beautiful young rack bull and followed his progress throughout the years. For a time he was an extremely impressive animal. Now the effects of old age are taking their toll and his rack size is declining.

I did not see him during my winter visit to Elk County, but I finally found him in the parking lot of the maintenance building in Benezette on Thursday morning of last week. 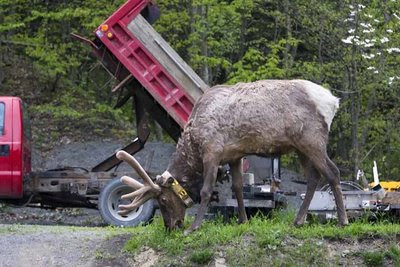 In The Parking Lot

He walked behind the building and I got in position with the 70-200mm lens and took several photographs. 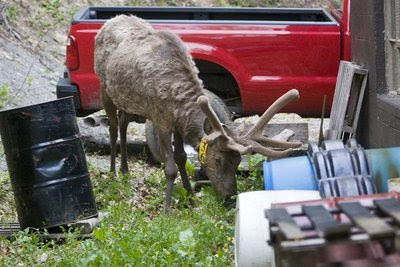 Feeding Behind The Building
In the following photograph one can see how old age has damaged his knees. He has had this problem for a few years and walks with a shuffle, but it was amazing to see him running like a young bull during the rut last fall. In time he walked to a shrub to browse. I zoomed in to eliminate man-made objects and then removed the ugly collar in Photoshop. Yes, this is a legitimate use of photo alteration because the collar should not have been put on the bull in the first place. 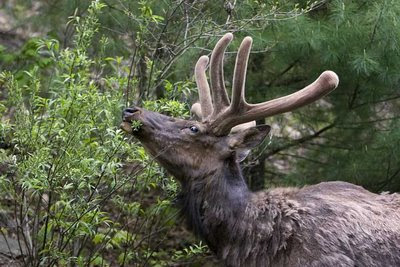 Fred As He Should Look
Periodically someone tries to portray this animal as a wild elk that is a suitable candidate for a fair chase hunt. The following is a post that I originally made in December of 2007.
It's A Disease!
I noticed recently that I am getting several hits from people searching Google images. I must admit that I was not aware of the Google Image search feature before . I typed in Pennsylvania Elk" and came across a link to King's Outdoor World, the particular page features two still pictures and a video clip titled "What Does This Elk Score?" The following is a quote from that page:
"This bull is a herd bull that is a result of transplanted elk to the east to help build up the herd years ago and therefore has a radio collar on its neck as wildlife authorities keep a close eye on the herd. Don’t let that make you think that it is a high fenced bull. This is a fair chase bull that a lucky hunter could very well get this year through their lottery draw." 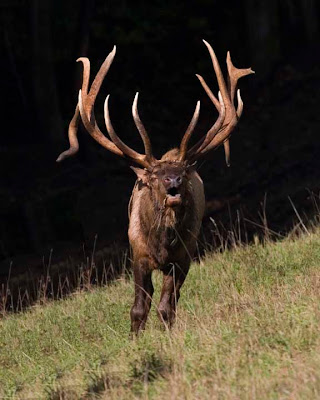 Above is a photograph of "Fred" in 2005 when he had a more perfect and perhaps larger rack. It would simply be murder to shoot this bull. I featured him in a previous post where he was shown with the rack that he had this fall and with his collar showing. In the picture above it was removed in Photoshop.

I must repeat that I have no quarrel with the person who hunts legally and ethically, but hunting an animal such as this IS NOT ETHICAL!
Posted by Willard at 8:45 AM 11 comments