Outstanding wildlife photography opportunities have been rare lately, with the bitter cold winter weather making it difficult to stay outdoors for any length of time and the animals being mostly in a survival mode and often not doing anything especially interesting.

I was able to capture this doe grooming one of her fawns from a previous year. Deer are highly social animals. While they may disperse somewhat during summer and autumn, it is common for extended family groups to band together during late autumn, winter, and early spring, with a certain degree of dispersal occurring again in late spring as the new fawns are born. This doe lost her fawn from 2009 during the past hunting season, but she still has a doe and a buck traveling with her which were born in 2008 and are now over 1.5 years old.

All photos were taken with Canon 7D and 500mmF4 L lens. 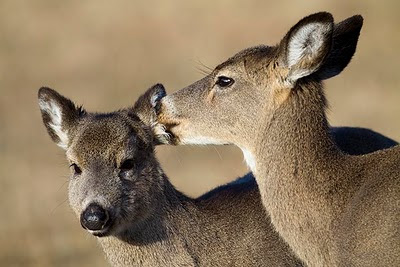 Sometimes an unusual visitor shows up at the natural bird feeder. Raccoons are mostly nocturnal animals, but this one arrived shortly before sundown to feed on the bird seed. 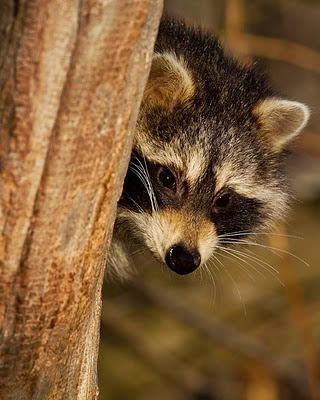 More Mature Bulls Now Than Ever Before? 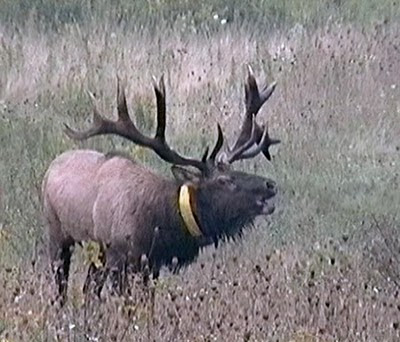 Today's photos are video still captures from Hi-8 video tapes, which cannot compare to output from a dedicated still camera or even a modern camcorder.

In a recent internet debate with SupportPAElk, Jack Manack Jr. of Elk County Outfitters made the following comment in reference to our contention that too many of the large bulls have been killed in the elk seasons.

"You guys question my comments about there being more mature bulls now then ever before and the fact that there are less to see around the no hunt zone. The answer to both of these questions is the same. This is how much good the elk hunt is doing for the health of the herd. What it took people 70 years to do to the elk, the hunt is reversing in just a few".

In light of this statement a brief look at the historical record is in order.