Winter is an excellent time to organize the photo files and process shots that were not worked with before and the last week or so has seen me make significant inroads in dealing with 2008s elk photos. Yes, I said 2008, not 2009--that is how far I am behind. It seems like I usually process a few of the best or more interesting ones soon after they are taken, but what with dealing with video and all, it is common to go for a long time before things are completed as they should be.

2008 brought a lot of sightings of bulls that while large compared to animals in western areas open to public hunting, are not particularly impressive compared to some of the monsters Pennsylvania grew in the past and still does to a certain extent today.

Both animals were wearing numbered radio collars, which are used in population monitoring, but thanks to Photoshop it was easy to remove them so the animals appear as they naturally would. (This does explain how I know the numbers in this case) 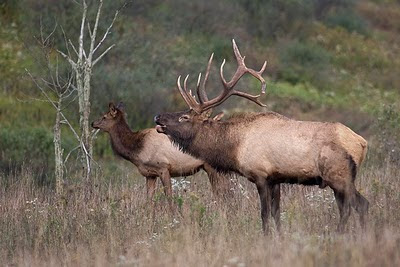 Bull 8A Roars A Defiant Bugle
On this particular morning the bulls were competing for the attentions of a cow and locked antlers repeatedly, but I was filming them with the camcorder at that point. 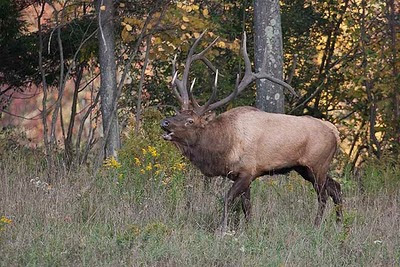 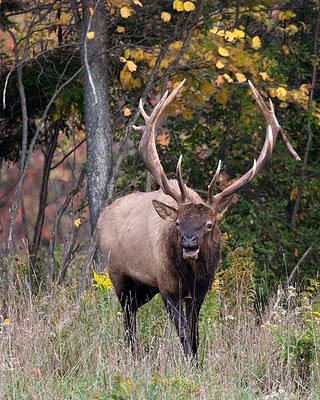 8A Bugles Another Response

According to reports, Bull 8A spends the summer many miles away at Sinnemahoning State Park, but he returned to Winslow hill for the 2009 rut. I did not see Bull 62 during the 2009 rut. I do not know if he died of natural causes, was killed during the 2008 season, or was still alive, but never crossed paths with me. Whatever the case, I did photograph and/or film him for the first time in 2006 and each year since - until this year.

Winter, A Struggle For Survival

Many recent winters have had little substantial snowfall here in southcentral Pennsylvania, and survival has been relatively easy for the creatures of the great outdoors. Such was the case during most of the winter this year. This all changed last weekend when over 20" of snow fell. 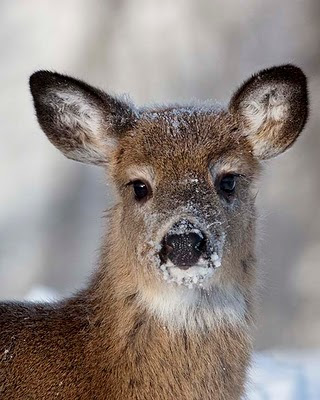 While the snow makes for great photographs, it makes it much more difficult for wildlife to find food. Deer usually feed by browsing on twigs or grazing in meadows and the deep snow makes grazing difficult. The worst case scenario is when snowfall is followed by a rainstorm, which in turn is followed by an extended cold snap. This causes a hard crust to form, which makes it impossible for the animals to reach the buried grasses and makes travel very difficult and hazardous. 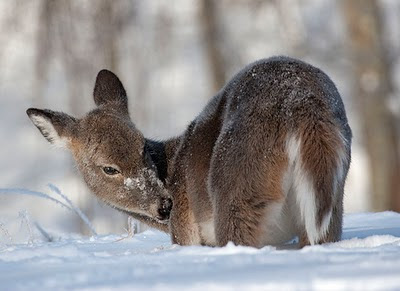 Property owners and managers that have access to a tractor with a front end loader or blade may easily improve conditions for wildlife by plowing travel lanes through grassy meadows. This has a two-fold benefit as it exposes grasses for wildlife to feed on and at the same time provides areas where they may walk without being stressed by the deep snow. Areas such as this will attract not only animals such as deer and elk, but are also excellent for turkeys and song birds. 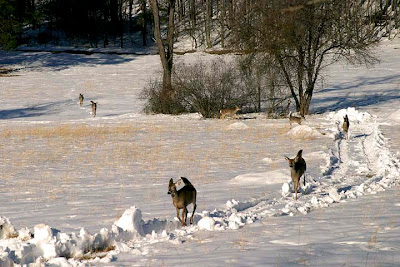 I first learned of this management tool while working for The Pennsylvania Game Commission's game lands maintenance division, which is know as "The Food And Cover Corps" and have continued to use this principle to this day on lands which I manage for wildlife. There is no doubt that it is a cost effective way to assist wildlife in the bitter struggle of winter survival.
Posted by Willard at 10:46 AM 7 comments