Today we take a look at a two year old whitetail buck as his antlers developed last year. With ideal habitat and genetics it is possible for a whitetail buck to grow very large antlers in his second year, but the deer in my area tend toward the small side.

While antler growth is slow throughout April and early May, it accelerates rapidly from the end of May throughout June. 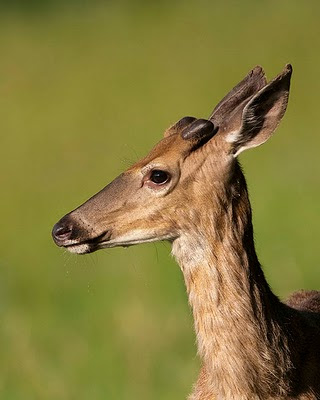 
By early July the rack has most if not of all of the points that will develop. From now on some smaller points may develop, the points lengthen and become sharper, while the overall mass of the antlers increases. 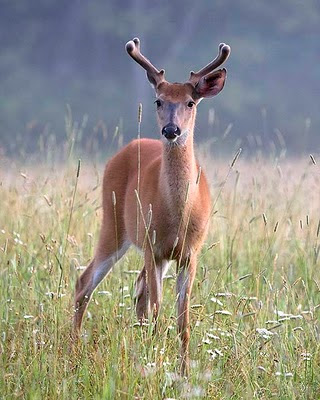 August is one of the best periods to photograph bucks in velvet as the antlers are fully developed. 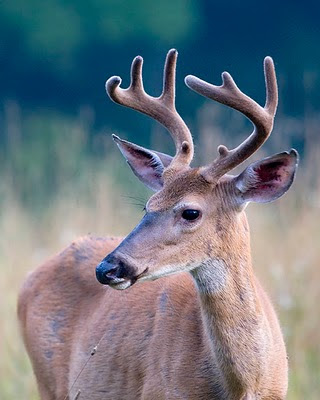 
Soon the velvet dries out, cracks, and then peels away leaving the buck with a white set of antlers that he will carry through the autumn. 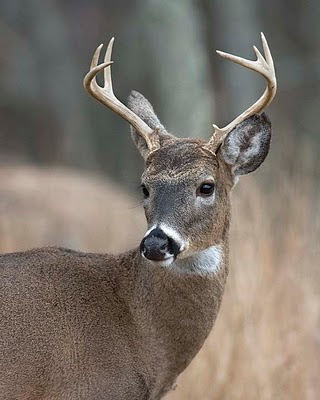 As we discussed in the last post, this animal lost his right antler on December, 29th. When he appeared on New Years morning the other one was missing. 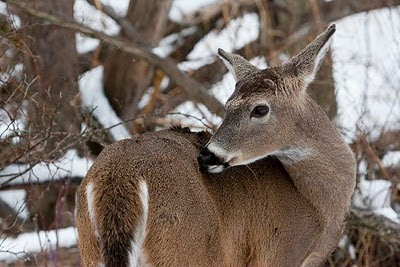 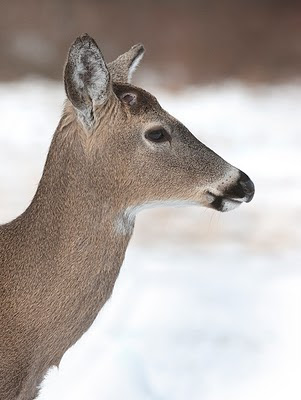 Completely Shed
This is only the second time in years of whitetail photography that I have documented a buck from the beginning of antler development through the shedding process as long term survival is difficult for a rack buck. In an unprecedented situation, I went into the year with three bucks entering their second year of antler growth. The first one vanished abruptly in mid-September, the one featured here today was wounded by poachers in early October, but survived to let us witness this process. Strange as it may sound, being wounded may have saved his life as the discomfort from the wound made him stay on the posted property instead of ranging far afield in search of does in heat. The other buck made the fatal mistake of straying across the property boundary in mid-afternoon of the first day of rifle deer season and was taken by a hunter.

For more Camera Critters photographs, click Here!
Posted by Willard at 4:31 AM 19 comments