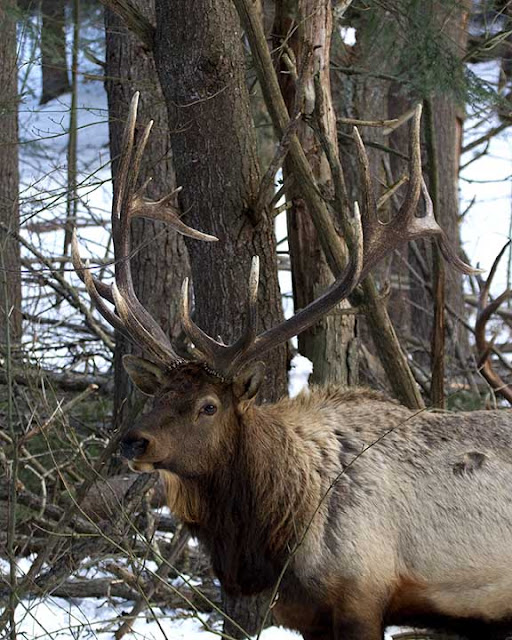 Mature Bull Stands In Timber-cut
In addition to grazing, elk also feed by browsing from trees and saplings. An active timber cut provides a prime food source as the tree tops that remain after the logs are cut and removed provide easy access to twigs and buds that are ordinarily out of the animal's reach. 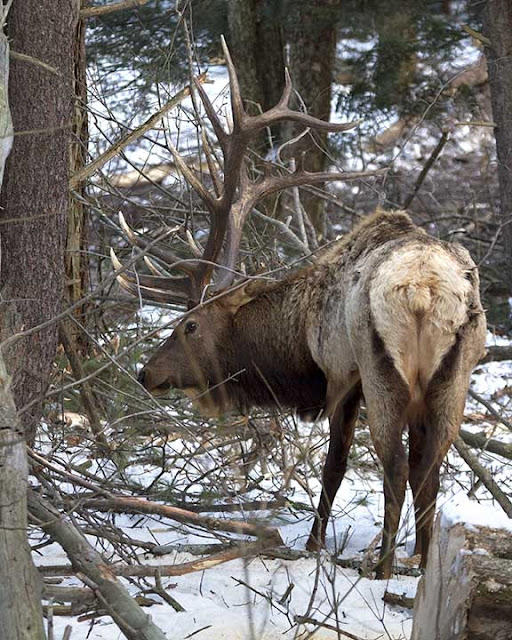 Mature Bull Browsing
This timber-cutting operation had just started on the day I arrived in Elk County, but a bachelor group of bulls had already found it. 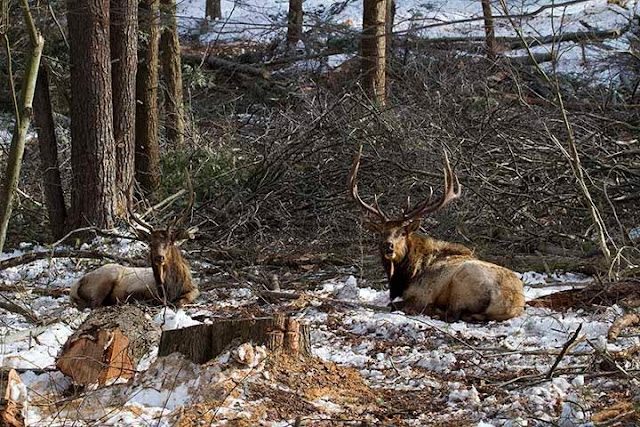 Bulls Resting In Timber-cut: Note Largest Is Chewing His Cud (click to enlarge)
Three different animals are shown in this post, while five bulls were in the area. The largest bull in the last photo is not the same bull that is featured in the first two shots.

Late winter, and the bright glaring rays of the mid-day sun are almost blinding. While temperatures may be quite cold at night, they rebound to a great extent after sunrise and the snow cover shrinks rapidly. This is technically not good light for photography, yet I like to see photos of large herds of deer and elk taken under these conditions, as they portray that the end of bitter winter weather is near. 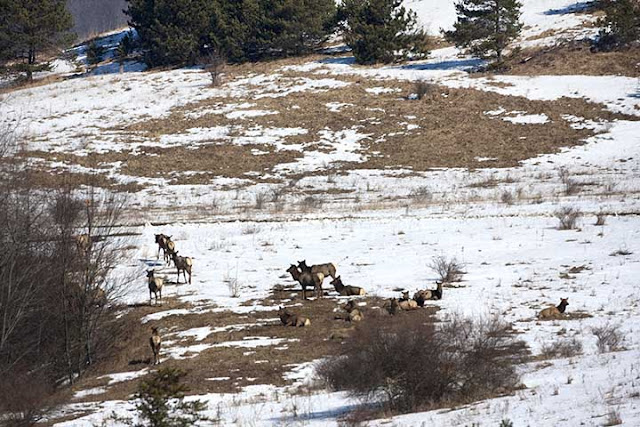 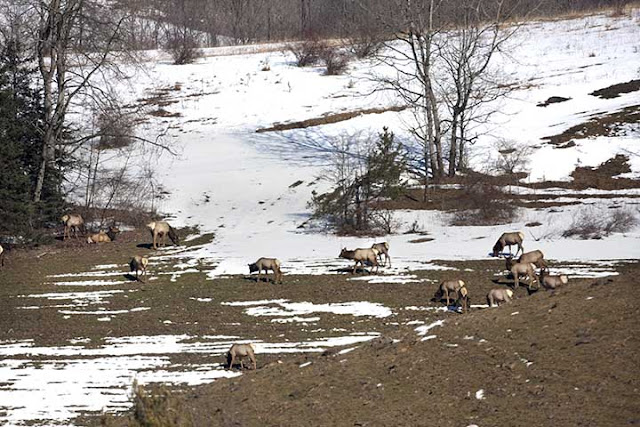 Distant Herd Feeding On Recently Reclaimed Area: Gilbert Viewing Area
I was in Pennsylvania's Elk Country from Thursday afternoon until Sunday morning and had numerous encounters with the animals. At this time most interest is focused on the shedding of the antlers and "horn hunting". I heard reports of a few sightings of bulls that had already lost their antlers, but did not see any myself. The largest bulls usually shed first. It is possible to see large bulls with new antler growth, alongside raghorns, which still have last years antlers. During the next 2-3 weeks most of the antlers will be dropped.

Saturday morning found a bachelor group of young bulls feeding and sparring by Winslow Hill Road. One of the animals stood out above the rest and I took a portrait shot of him with a Canon 40-D and 500mmF4 lens. 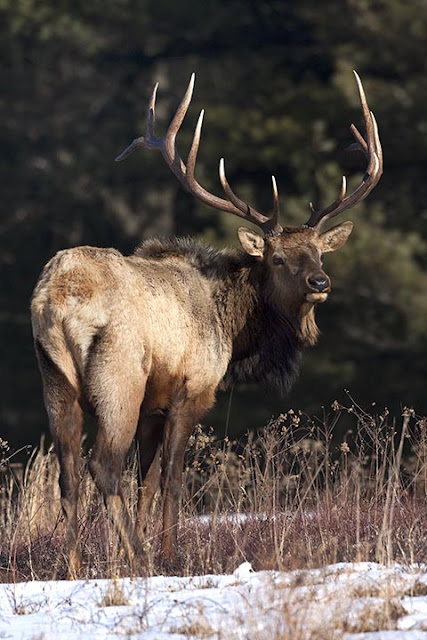 An Outstanding Young Bull
This animal appears to have great potential and should grow a larger rack this year. The photograph was taken soon after sunrise resulting in much better colors than the first two photos, and of course there is no substitute for being reasonably close.

Stay tuned for more photos from the trip in the near future.