Camera Critters: The Rut Winds Down

The whitetail mating season, or rut, usually peaks around the middle of November, but in recent years has often continued through Thanksgiving week and into Pennsylvania's rifle deer season, which brings it to a screeching halt.

This November was colder than those in the recent past and in fact temperatures were probably more in line with what they should be for this area. This resulted in the rut seeming to come to an abrupt end at the beginning of the week. Mature bucks were still looking for does on Sunday-at least the one in the photo below was- until he heard the frantic clicking of the 30-Ds' shutter. 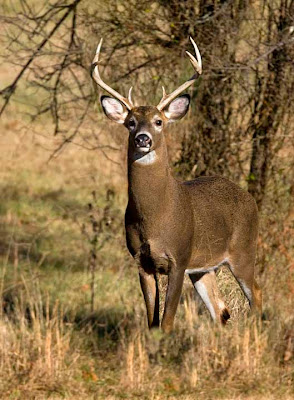 Canon 30-D: 500mmF4
On Monday morning I photographed a 7-point which was still pursuing does, but since then I have seen only small bucks in Pennsylvania. The yearlings that I see on a regular basis, that have not yet dispersed from the herd, are less aggressive, and are more interested in feeding than chasing does. While it is certainly still possible to see a mature buck chasing does, with each passing day it becomes less and less likely. 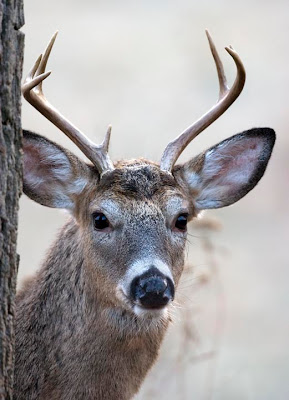 Canon 30-D: 500mmF4
The same held true for Virginia when we traveled to Shenandoah National Park on Wednesday morning. We did see some large bucks by the roadside before day as we were driving to Big Meadows and saw a large buck with a broken right main beam after daylight. 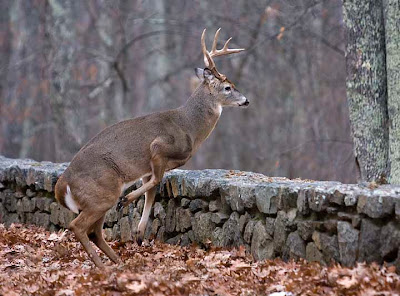 Canon 40-D: 70-200mm f2.8
These animals were not chasing does, but were concentrating on feeding and regaining weight so they might better face the winter months to come.