When the bottom drops out of the thermometer, the creatures of the great outdoors face a bitter struggle for survival. This is a time of year that is especially difficult for the very young and the old. In some years there is a significant die-off of whitetail deer in our area. Recent winters have been relatively mild with little mortality, but this one has the potential to cause problems if the cold continues and heavy snowfalls follow. 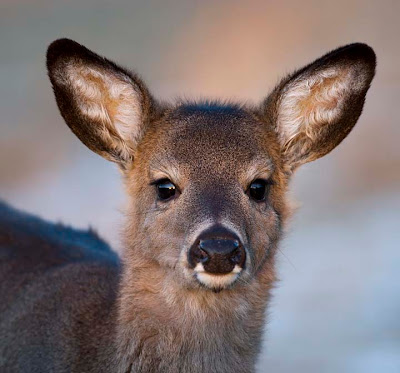 The Young Are Especially Vulnerable

While deer avoid the bright sun as much as possible in mid-day during warm weather, they prefer sunny spots, which are sheltered from the wind in winter. Deer also may fluff their hair to give it greater insulating quality. 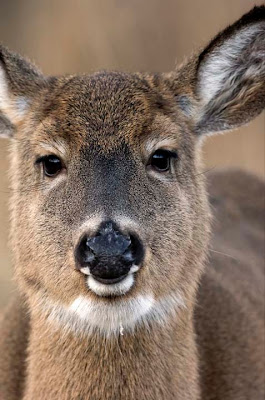 In the previous post I described how the young whitetail buck lost an antler while I was present on Saturday morning. This was a golden opportunity to find the shed antler, but it was a very small antler and I am not the best at locating such objects. Fortunately it was an easy task. See if you can pick the antler out in the photograph below. 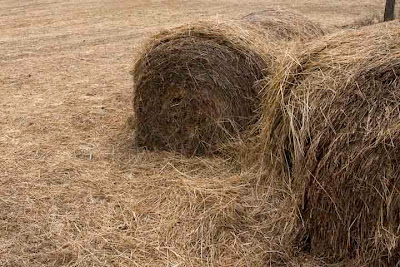 If you can't find it--look to the left of second bale, on the ground ever so slightly toward where the photograph is taken from. 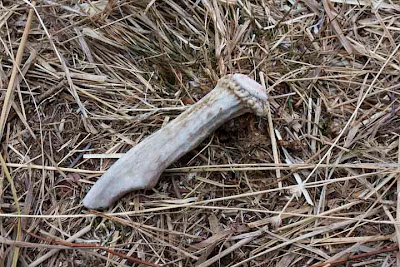 In some cases animals shed the antlers simultaneously, but in most cases they do not. Years ago, I found a pair of antlers when we were planting clover seed in a Game Commission food plot in late winter or early spring, but in most cases I have found solitary antlers. The interval between loss of one antler and the other may be a matter of minutes, days, or weeks, but in my experience it is usually within a day or two of the loss of the first antler. 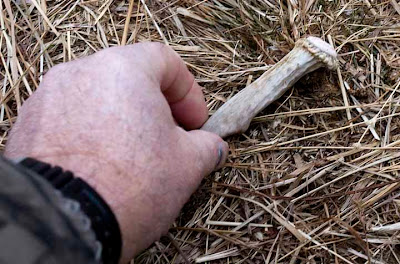 According to Pennsylvania Game Commission Wildlife Note-28 by Chuck Fergus, "The antler cycle is influenced by secretions from the pituitary gland. Changes in length of daylight periods
and, to a lesser degree, temperature influence the hormone secretions from this gland".

While the rut is mostly over by early to mid-December, a modest of amount of activity does occur until well into the new year. Fergus reports that testosterone levels peak during the rut and slowly decline thereafter. The bottom line is that many bucks, which are usually the larger ones retain their antlers until all prospects of further breeding activity are over.

After doing quite a bit of reading on this subject, I have found conflicting information, some of which agrees with my personal observations and some, which does not. I can only conclude that location and other factors may play a large part in these discrepancies. Fergus sums it up well when he states, "The roles of age and nutrition in the length of antler retention are not fully understood at present". 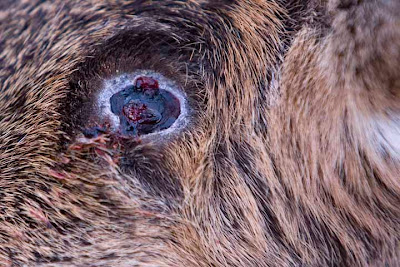