I have learned a bit more about the coming changes to the Porcupine Run? Winslow Hill Viewing Area. First I took more pictures of the design.  This one does not show as much of the area, but is a closer view of the segment of the drawing next to Winslow Hill Road and it shows faintly where the current  Dewey Road is in relation to things.

Fellow photographer, Tom Dorsey superimposed the above information on a Google Map and also put in where the current location of things are.  Tom has posted this on Facebook and he was gracious enough to share it  with us. 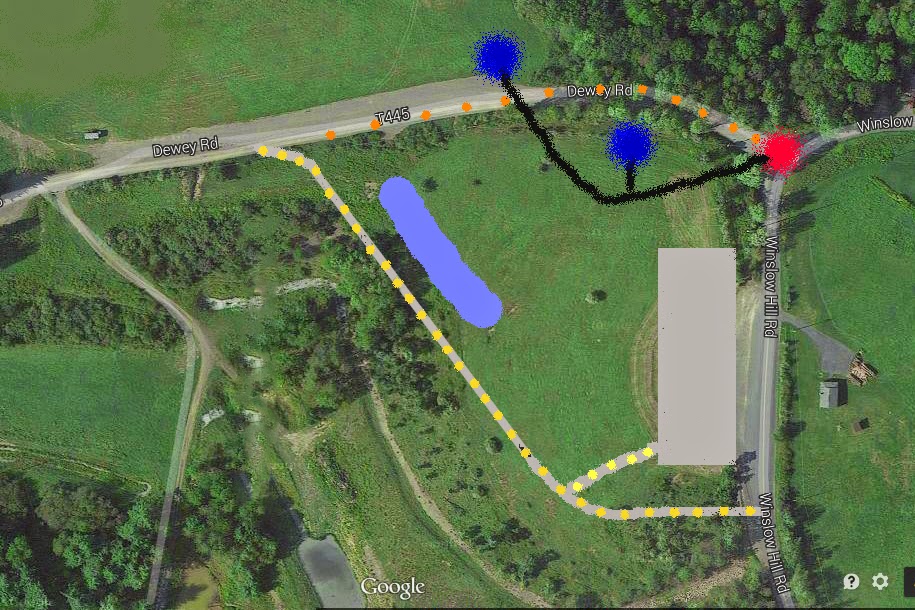 Tom writes,"I have color coded my image to better explain":

The yellow dots show the new road that will come off of Winslow Hill Rd and turn left just before the current viewing area pull-off. This will then connect to the lower part of Dewey Rd just above the old Gilbert Farm and will allow access to the rest of Dewey Rd.

The photo below is likely the the general location of the first viewing area , while the second or lower viewing area would be just beyond the end of the row of tall trees to the right.

Here is a view of the area the second viewing area will cover taken from the hillside in the distance in the photo above, which is known as "The Saddle".

As of yet we do not know if there will be a pull-off area along Dewey Road from the point where the new roadway rejoins the old so that one can photograph from that area. If stopping or parking is forbidden it still seems likely that one could stand along the roadway.  If there is no provision for this, much of the photography in this area will be at long range.

I have also been told that work on this is to begin in Mid-October.  Also it seems likely the PGC will take a much more active role in the tourism aspect of the elk program. There is a strong possibility  that a  maintenance crew headquarters will be established on Winslow Hill with the crew concentrating on maintaining the wildlife habitat and facilities in the area.

I must emphasize that this is my interpretation of what I have seen in writing and what I have been told. There is room for error or the plan may be fine-tuned and changed somewhat as it goes along.

A special thanks to Tom Dorsey of Tom Dorsey Imagery for contributing to today's post! 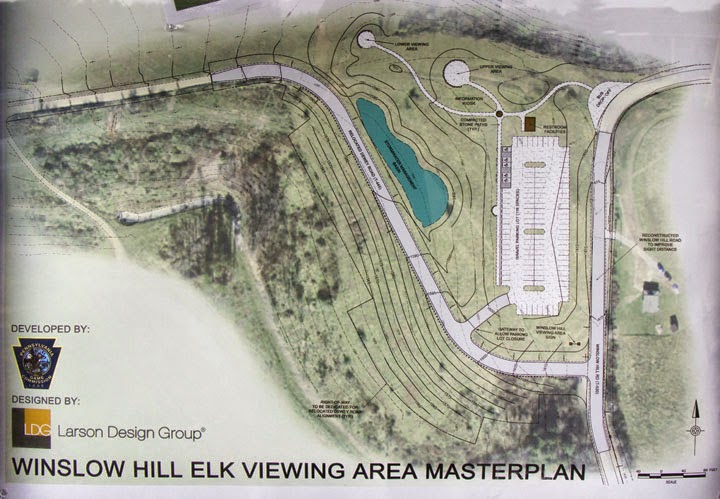