Whitetail bucks have velvet covered antlers from late spring until late summer. This is a network of blood vessels and tissue, which delivers the nutrients needed for growth to the growing antlers.

Some large bucks shed the velvet in late August, in Pennsylvania while most of the smaller ones do not shed until mid-September. In most cases all have completed the process before October arrives.

While the exact sequence of events may vary slightly from animal to animal, first the velvet dries and cracks and drops of blood appear. This situation may exist for a day or more. 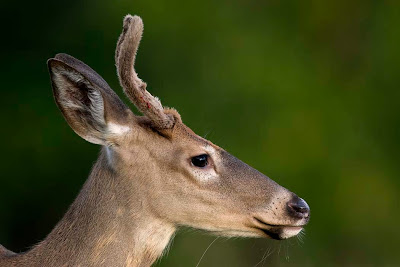 As the process continues the velvet peels away, exposing the underlying antler structure. Bucks are quite aggressive at this time and rub the antlers vigorously against trees, vines, brush, or any other object that suits their fancy. 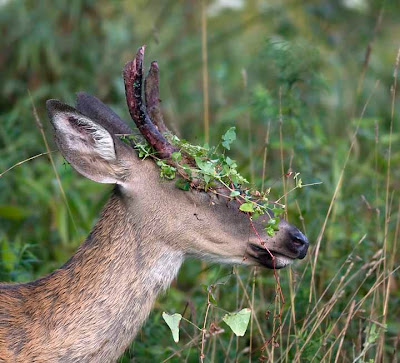 This is not the same buck of course as this one began the process somewhat earlier. This animal was especially aggressive and put on quite a show. The shedding of the velvet marks the beginning of the mating season. At this stage the bucks are mostly preparing for the intense period of mating known as the rut, which will occur from the end of October until December, in Pennsylvania.

Soon the bucks will spar with other bucks. Also at this time many yearling bucks leave the area they were born and move anywhere from 5 to 25 miles away. This is known as dispersal and is a natural phenomena designed to prevent in breeding. 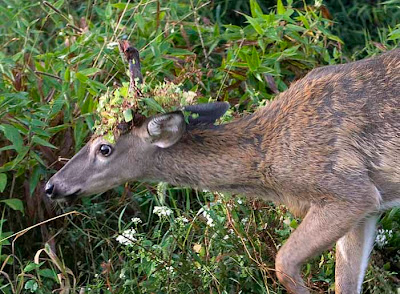 This boy is ready for trouble!

When the process is completed, the animal has a beautiful set of polished antlers. While it is possible for a buck to grow a rack this large in his first year, in most cases it requires over two years in our area to produce a buck like the one below!

This animal has evidently dispersed from another area, as this is my first sighting of him in the spot where I do most of my Pennsylvania photography. 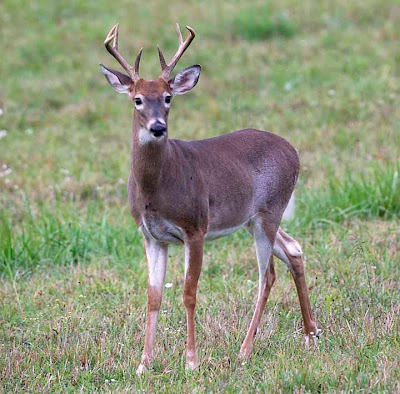 Whitetail Buck ready for the rut!
Visit Camera Critters for more animal photos!
Posted by Willard at 10:38 AM 31 comments

During our recent trip to Yellowstone Park, I truly found out what it meant to be a tourist as I find that many of my shots reflect the approach to shooting that a tourist is often forced to adapt.
As mentioned in an earlier post, The Madison River was an excellent spot to see wildlife. If one was to do it justice, they would need to spend most mornings and evenings there for at least a week. If one lived in the area, they could not spend too much time there. I am sure that over a period of time, one could obtain some stunning photographs and video in the area.

I left the 500mmF4 and the XL-H1 camcorder at home, as I did not want the hassle of transporting all of the equipment on the aircraft. As a result I was without my favorite long range tools.

I found that in many cases during this trip, one had to make do with less than ideal light or the right equipment for the job, but that is a necessary part of trying to cover a large amount of territory in a limited amount of time.

At any rate, we start today's photos with a sunset taken from along The Madison River toward West Yellowstone, and then proceed to an early morning encounter with a heron and a herd of elk in the same area. 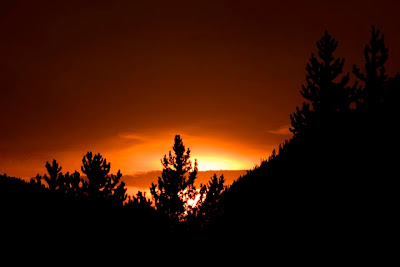 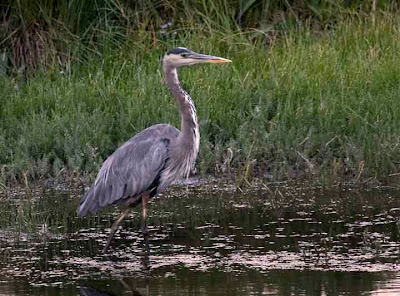 Heron along Madison River: Canon 40-D: 100-400mm at 400mm 1/100 sec. f5.6 ISO 800
The rut was just beginning and a lone 5x5 Bull was chasing cows about in the meadows along The Madison River. He was bugling occasionally. I would really have liked to have the Canon XL-H1 and a powerful telephoto for some of these encounters! 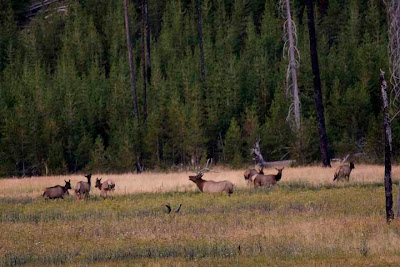 Canon 40-D: 300mmF4 1/250 F4 ISO 800
I am a firm believer in using a tripod if possible, but in this instance I fell into my usual trap. I had only one tripod. One can change the head to use with a still or video camera. Since it is almost impossible to handhold professional quality video, I had the video head mounted in many instances during the trip which meant I had to handhold the still cameras, which lead to me using a higher ISO than I would have liked in some cases so as to obtain sufficient shutter speeds to avoid unsharp photographs.

Visit Skywatch at its' new home for sky photos from around the world.
Posted by Willard at 12:26 PM 30 comments