Whitetail bucks grow new antlers each year. Antler growth begins in March and rapidly accelerates in May. They reach full size by early August. Most bucks shed the velvet from late August to mid-September.

Antlers are used as weapons during the fall mating season, when bucks clash with other animals to establish dominance. Some bucks lose their antlers as soon as early December, while others retain them into March or early April.

Over the years it seems that most bucks in the herd of deer that often grace these pages, shed their antlers during the last few days of December or early in the first week of January.

The eight-point which we have featuring frequently during the past year, (he was shot by poachers in early October, but recovered) was seen with both antlers still present on December 29th. 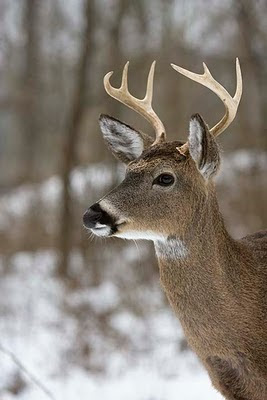 Whitetail Buck In Winter
Coy Hill of Country Captures and I were watching him and discussing that he would soon shed his antlers and we were musing how interesting it would be to actually see one fall off. At one point he left in pursuit of a doe and then returned within a few minutes with his right antler missing. That was just how close we were to actually seeing the event. 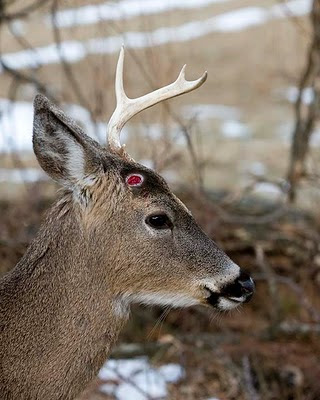 Bleeding Antler Base Or Pedicel A Few Moments After Shedding
Sometimes the animals cast both antlers simultaneously, and they often lose the other within a day of losing the first, but that was not the case in this instance. He still had the left antler on the following morning, but now the pedicel was dark in coloration and a scab was forming. 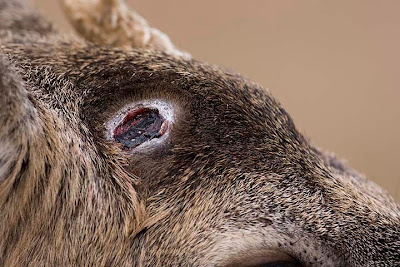 The Morning After
This buck did not shed the other antler until the night of December 31st, but that is a subject for another day.

We recently linked to a press release dated Dec. 21, 2009 by The Rocky Mountain Elk "Foundation regarding a new PA chapter in Elk Conservation. This was concerning the founding of a Bloomsburg/Danville chapter.

It is no secret that there has been much discord among Pennsylvania RMEF members, with some regarding the RMEF's withdrawal from the Winslow Hill Visitor's Center as a positive thing, while other members have been very displeased.

We recently received information pertaining to the founding of another new organization, Keystone Elk Country Alliance, which is not affiliated with The RMEF.
Read More:
Posted by Willard at 6:21 PM 0 comments 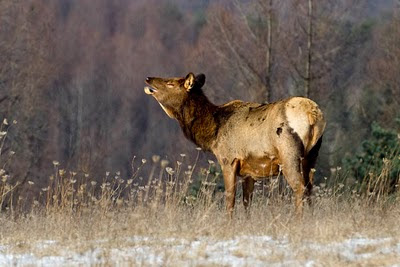