Elk are primarily grazing animals, but will browse if desirable woody growth is available. 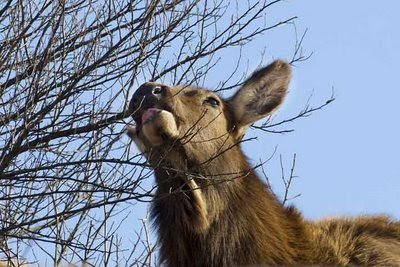 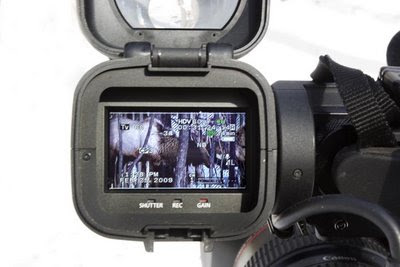 Filming Bull Elk With Canon XL-H1
Here is a short video clip of late winter in Pennsylvania and shows a small portion of the best video footage that I obtained on last weeks trip to Benezette, in Elk County. (The eagle was filmed in Fulton County, but it is possible to see them in the elk range).

Blogger does not do justice to the clip in comparison to what this looks like in wide screen, high definition, on a modern wide screen television, but it is still well worth the time to watch it.

The Pennsylvania Game Commission Video, "Pennsylvania Elk: Reclaiming The Alleghenies" is a comprehensive overview of the re-establishment of the Pennsylvania elk herd, while "The Truth About Pennsylvania's Elk Herd", which I completed last year, was made from the point of view of an eco-tourist, serious photographer, and student of nature. 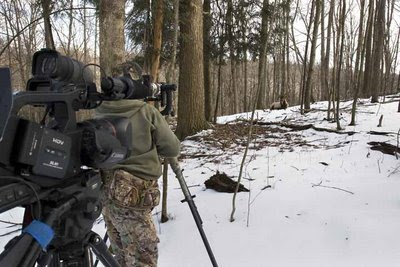 While "Reclaiming The Alleghenies" laid the groundwork for public acceptance of a modern day elk hunt, "The Truth About Pennsylvania's Elk Herd" questions how the hunt was implemented and covers many controversies surrounding the hunt.

Perhaps the most notable controversy was when the area immediately around the village of Benezette was to be opened to elk hunting during the 2006 hunt. (There was originally a significant area where no hunting was permitted to protect the elk around the public viewing areas). After a firestorm of public protest the decision was reversed. 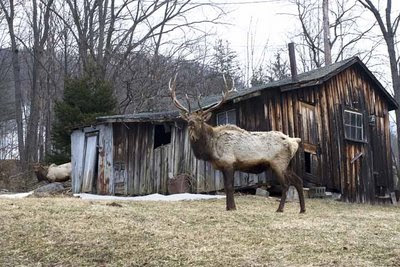 
There are three basic options in dealing with elk that "move into town". One is a hands-off approach, while the second is trap and transfer of problem animals. The third is the "lethal" solution of opening the area to hunting. This is the most cost effective method, but is it the right thing to do? 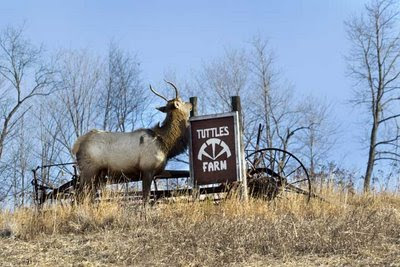 Yearling Bull In No Hunt Zone


Is it more valuable to society as a whole to mange elk for hunting purposes, or as a viewable resource? Can these activities co-exist to the benefit of both sides? The film addresses these issues, and more!

Stay tuned for more about the controversies surrounding Pennsylvania's Elk Herd, along with information and photos on other Pennsylvania wildlife.
Posted by Willard at 10:28 AM 11 comments