Firehole Canyon is a picturesque spot with beautiful waterfalls, so we traveled through it early on Monday Morning, August 25th. At one point there is a good view of a waterfall. I used the 70-200mm to make the falls appear near enough to be impressive and used a low shutter speed to make the water appear smooth and silky. 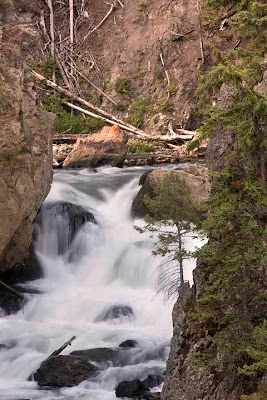 Canon 40-D: 70-200mm 1/4 sec. f25 ISO 100
Ospreys are quite rare in our area, and it is difficult to get a good still photograph of one, but we saw several in Yellowstone. Although they were never as close as I would have liked them to be, it was a marked improvement over my encounters with them in Pennsylvania.

We saw this one sitting in a pine across the canyon near the waterfalls and I photographed him while sitting in the vehicle and resting the lens against the edge of the door opening. 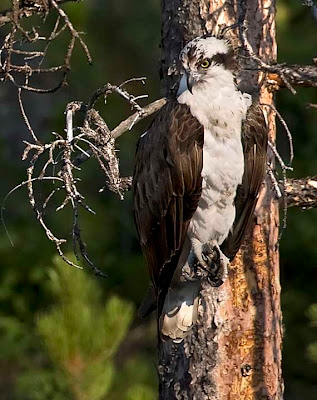 In 1865, Horace Greeley, editor of the New York Tribune, advised young men , "Go west young man, go west and grow up with the country" In one way I wish my ancestors had listened and I would have been born near to Yellowstone Park, but that was not to be and I never went west as a young man.

When our daughter, Amy and her friend, Justin Evans offered to take us on a week long excursion to Yellowstone and The Grand Tetons, my wife and I could not refuse.

On Sunday September 24th we flew from BWI to Salt Lake City, where we rented a van and headed for West Yellowstone. 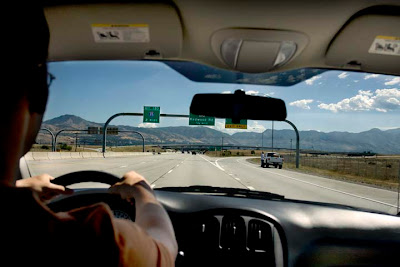 "Travelin'Down ,That Long Lonesome Highway" toward West Yellowstone
We arrived in time to take a short drive into The Park. The road runs along The Madison River, which, is a paradise for wildlife. We saw a small bull elk that evening. It was not in a good setting for photography, but there were cows feeding in one of the meadows along the river. 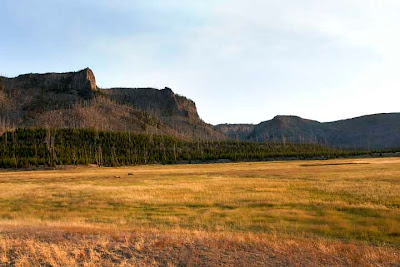 Late Evening Along The Madison River

Many species of wildlife are attracted to streams and this area was to prove productive over the next few days as we traveled to the park in early morning and returned in late evening. 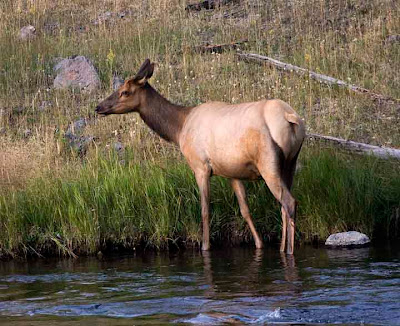