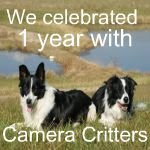 After a solid string of posts featuring the "Eastern Wild Turkey, we dig into the archives for some shots of mature whitetail bucks from the past.

The first and last photographs were taken at Big Meadows in Shenandoah National Park in 2004. These photos (with the exception of the 2nd) were taken with a Canon 10-D, which was my first DSLR, and the Canon 100-400mm L zoom. 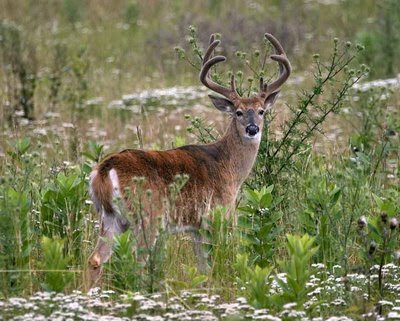 I photographed the buck below for the first time in the autumn of 1999 when he was already a mature, beautiful eight-point.

He was the most commonly seen buck at Big Meadows for several years. Billie Cromwell looked at his photograph and said "He looks like a King surveying his domain", so I named him "King". While he was not the largest buck I saw there, he became like an old friend and I learned a lot about whitetail behavior by observing and photographing him over the years. 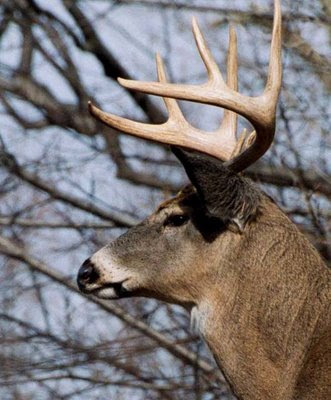 He did get somewhat larger than the photo above, attaining either ten or eleven points at one time. By 2004 he was going down hill, but was still a beautiful buck. If I recall correctly, I saw him for the last time during the rut of 2006 when he had lost most of his antler mass and had a decidedly "geriatric" appearance. 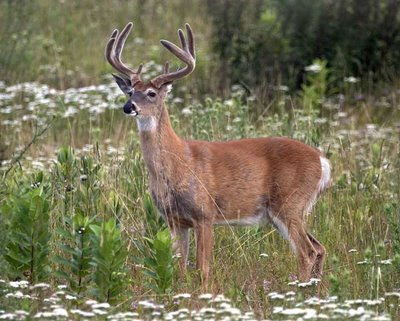 Shortly after sunup this morning I spied these deer interacting. They are brother and sister, but are not the same age. The buck is standing in back and will be two years old this June, while the doe will be four years old. He was licking and nibbling the hair on the back of her neck and top of the head and she was enjoying every moment of it. 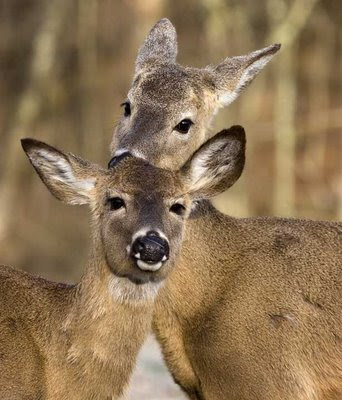 "Siblings"
They definitely were not there yesterday, but this afternoon the Coltsfoot were in full bloom by a back country road. They are one of the earliest blooming wildflowers in our area and are often mistaken for dandelion. 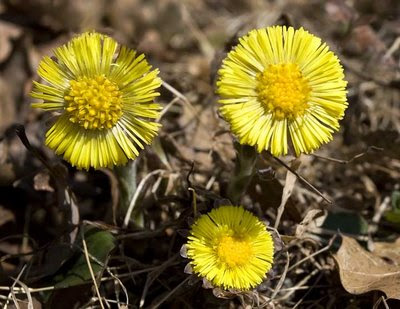 Photographing a turkey as he prepared to go to roost brought a fitting conclusion to an exceptional spring day. 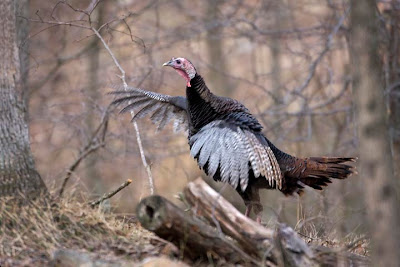 Turkeys spend the night roosting in tall trees to protect them from predators while they are sleeping.
Posted by Willard at 9:29 PM 15 comments