The first morning of Pennsylvania's rifle deer season and every deer in this photography is a legal target--if a hunter has the proper tags and they are in an area where hunting is permitted. Fortunately these animals are safe, unless they stray from the posted sanctuary or a wildlife criminal drives by and shoots them from his vehicle.

It is unclear just what happened, but on the third morning of season, I realized that the large doe which is standing to the left side of the picture and looking to the left, was missing and most likely dead. 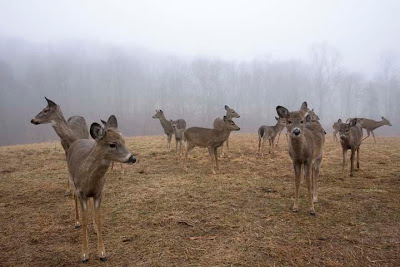 The First Day Of Season

This animal was born in 2000 along with a twin sister. At that time I was mostly shooting video and I recorded many beautiful clips of them. She had her first fawn in 2003 and has had one or two fawns each year since then. She was especially trusting of me, and often gave me opportunities to photograph her young. She was featured in a post a short time ago with one of her fawns from this year, which is a small doe. 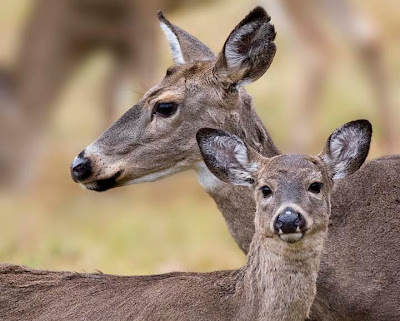 With doe fawn from this year: November 15th
She was a stunning photographic subject when she was standing in a good position, but many readers were concerned about her health when they noted how thin and bony she appeared in many shots. This thin look was most likely a combination of genetics and a result of the strain of raising a large number of fawns. 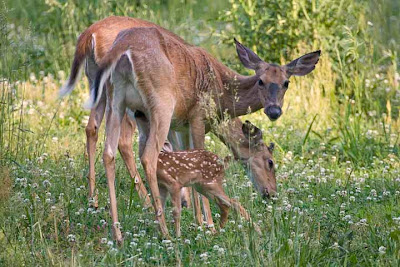 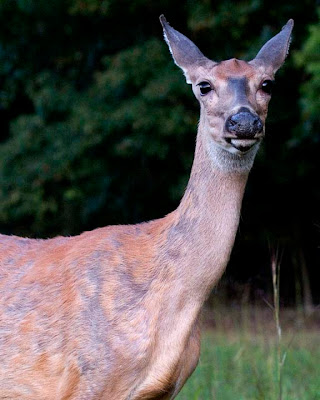 In Her Prime: August 2005
It is most likely that I will never know what happened to her. It is very possible that she strayed from the posted sanctuary and was legally killed, but I am leaning toward the view that she was taken by a road hunter, since I have seen some well known practitioners of this crime driving past since season opened.

As it stands, a favorite deer that has provided countless hours of viewing pleasure is gone. There is a remote possibility that she will yet return, but she never missed a day of putting in an appearance in the past, so it seems likely that she is gone forever.

Road hunting was one of the most common violations, which I encountered in my years as a Deputy Wildlife Conservation Officer.