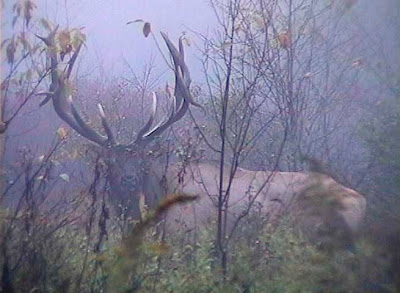 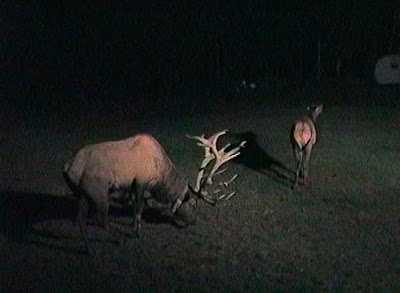 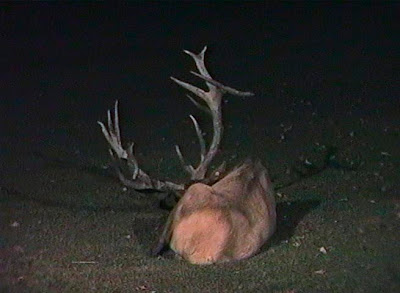 Very interesting post and great pictures of "Jake." He is a beautiful animal. I'll be back to read more about this. Can't wait for my husband to get home to show him your pictures!

Willard, your pictures are stunning....but your storytelling is even better! I think you should write a book!! I'd buy it!!

Amazing photographs, Willard. I like all of your work.

Willard, Kerri has a point. You need to write a book .... of course it would be a multi-volumn set!

Awesome picture of Jake ...then again I know what you and Coy are capable of. What came to mind was Johnnie. Could you imagine what this animal would have done to you if he reared his head up! We'd be calling the coroner for you.

Oh this is a great story! I'm hooked! Hurry up & tell me the rest of the story or I'm coming to PA!! I can see where it could be dangerous...feeding them. BUT you said Jake was in the rut? Usually thats when they are dangerous. But he was laying in the yard right...aint that the picture you've got? Yeah you need to write a book. Waiting.......

I along with other are now hanging on every word Willard.. You have fantastic tales which need tell, and like other need putting into prints. Even if it's just to pass down in the family. I eagerly await the follow ups.

You friend from over the pond.
Tom

Jake is most handsome

To all,
Thanks for all of the kind comments.
I'll try to post the next segment tomorrow.

Tina,
They are more dangerous during the rut and I have seen two of the habituated bulls that I wouldn't let my guard down around. Perk wouldn't go into the lawn with Jake, but you could get to the vehicle by going out the back door and without ever exposing yourself to a dangerous situation.

I never knew this bull to be aggressive with people, but it's always best not to take chances.