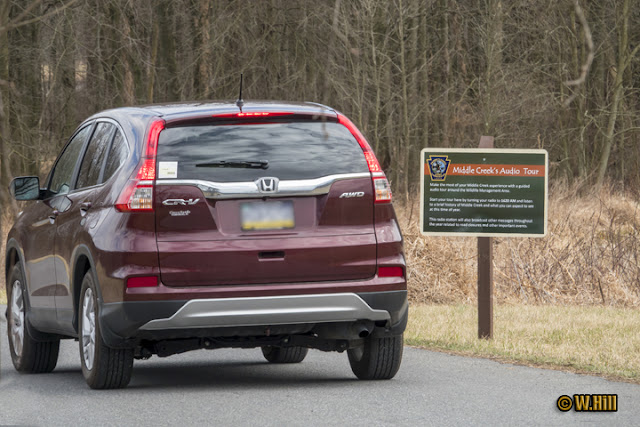 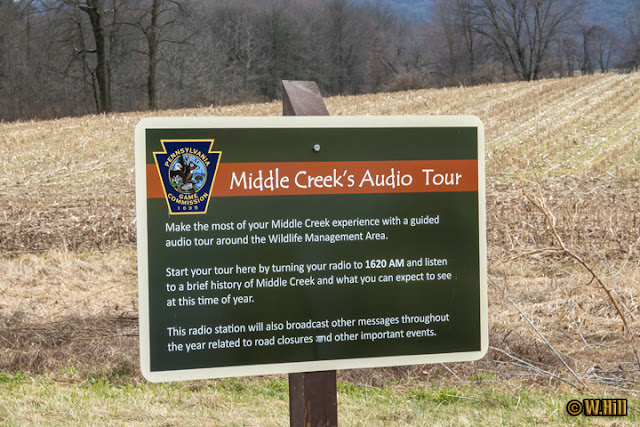 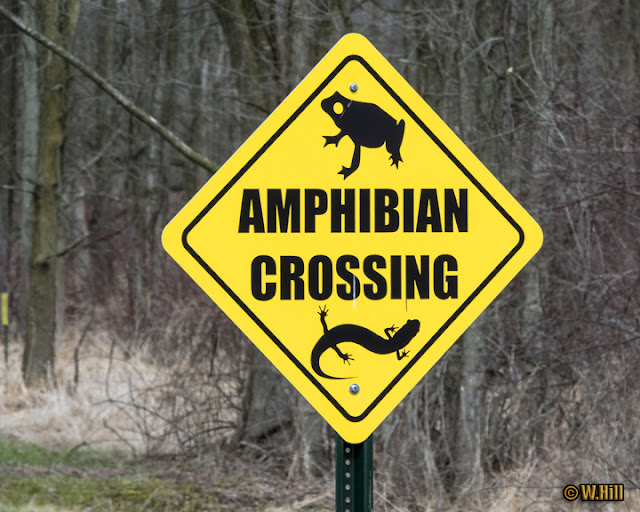 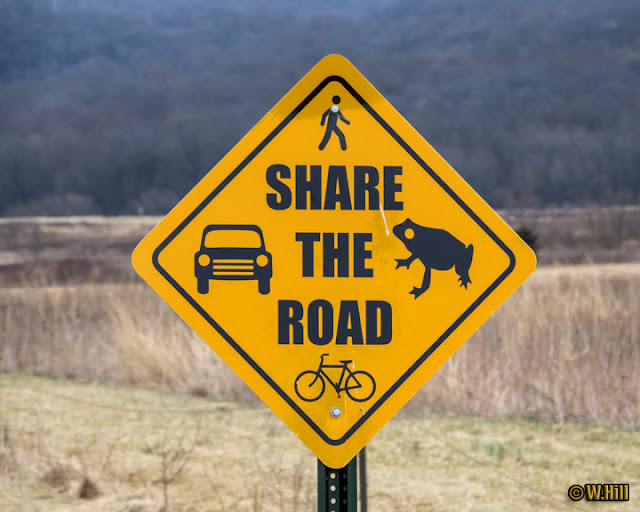 Great post, Willard! I visited Middlecreek some years ago before the audio tour etc. Your photos and description make me want to go back!

To see so many geese in one field must be amazing.I imagine he sound would also be awesome, since geese seem to like to communicate.

Thanks to everyone for the comments. Middle Creek is a special place to me and it March would not be complete for me without a trip there. I should have mentioned that Coy and I did drive there for a 1/2 day trip on February 21st as by following the Game Commission website it looked like I was going to miss the peak migration for my main trip. Our experience was like Woody's. We hit fog somewhere between Carlisle and Harrisburg and it just kept getting heavier. We saw a lot of geese, but it was very hard to get any good material. The video camera was continually losing focus in the fog, etc. Still it was enjoyable to hear all of the geese chattering. Thanks again for reading and always good to hear from all of you.

I see your blog daily, it is crispy to study.
Your blog is very useful for me & i like so much...
Thanks for sharing the good information!
starbet สมัครกับเรา

I’m from USA am here to give my testimony about Dr Robinson who helped me cure my HERPES (HSV), i want to inform the public how i was cured from (HERPES SIMPLEX VIRUS), i visited different hospital but they gave me list of drugs like Famvir, Zovirax, and Valtrex which is very expensive to treat the symptoms and never cured me. Three months ago a friend suggested that I try herbal medicine; from a very powerful herbal doctor called (Dr.Robinson) I looked up his blog on the internet site and indeed he have had immense success with his product. There were lot of persons posting their testimony about how he cured them. when i contacted him he gave me hope and send a Herbal medicine to me that i took and it seriously worked for me, my HERPES result just came out negative. (Robinson.buckler (@ yahoo). com 🙂🙂🙂🙂🙂🙂🙂🙂🙂🙂🙂🙂🙂🙂🙂 I must admit ( ( Robinson.buckler) ) is really a genuine man when it comes to getting an ex lover back