This is cow 1D. According to the check station records she was taken in Benezette Township, on November 5th, the first day of elk season at 7:10 a.m.

Here she is pictured early on the morning of August 13, 2007. She was among the buildings at the Game Commission’s Dent’s Run Viewing Area on Winslow Hill. The viewing area is in the no hunt zone. Elk move about quite a bit so it would not be unusual for her to be in an area open to hunting when season opened.

No other persons were there and she was not alarmed at my presence. 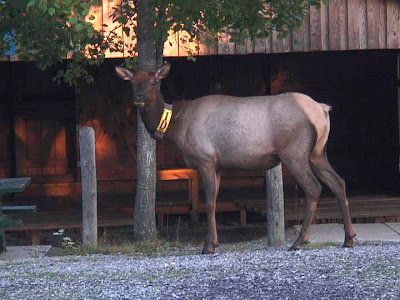 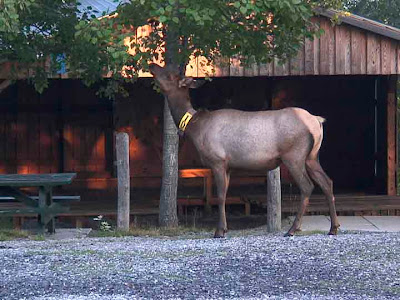 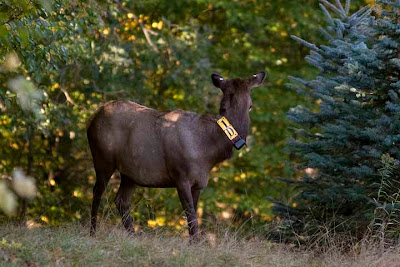 
I also photographed her once during the rut, but only took one shot. This time she was watching two bulls that were out of my sight. I mostly had my attention on them also and soon had the opportunity to record and photograph a magnificent 6x6 bull that came out of the hollow.

Beautiful shots. I really like them and your writing about them.

I ordered that extender yesterday and expect it to get here today. So I will try it out on animals in the snow as it is snowing here. I will also post something if it turns out.

Well hello....Brother to Salty! I'm getting you guys figured out now! Oh I'm getting the picture too. Doesnt seem right to hunt these Elk....I will go back & post some of my elk pictures from our trip to the mountains last year. I think I have one of a scrape thats pretty cool. At least it was to us since we only have deer down here.

A Beautiful creature....sad she was taken :(